EVERETT -- Recognizing a widespread desire among their Hispanic families, and the need for better education around its religious dimension, St. Anthony of Padua Parish began a new initiative this past spring for girls preparing to celebrate their quinceaneras. This initiative has two aspects: a retreat for girls and their parents, and a community quinceanera Mass.

The term quinceanera, Spanish for "fifteen years," can refer to both the girl celebrating the milestone and the celebration itself. This tradition of marking a girl's 15th year goes back hundreds of years in Spanish and Latin American culture, having a mixture of Mesoamerican and European roots. In some countries, it was an introduction of a young woman into society and an acknowledgement that she was now eligible for marriage.

The tradition also took on a religious meaning. Sister Barbara Gutierrez, SNDdeN, said it became an occasion of thanksgiving for 15-year-old girls and their families.

"The Catholic meaning is to acknowledge the goodness and grace of God in their lives," Sister Barbara told The Pilot.

Today, a quinceanera celebration usually includes a Mass and a large reception, similar to a wedding, with a formal dinner and dancing. The USCCB has approved a rite for a quinceanera Mass.

Father Adriano Tezone, CS, the pastor of St. Anthony's, had some experience with quinceanera Masses when he served in Florida. There, girls turning 15 attended a series of meetings or classes in preparation for their quinceaneras. St. Anthony Parish also receives many requests for such Masses, but Father Tezone found that many people did not understand what it was about, considering it more of a social event than a religious one.

"Sometimes people just come to have a Mass to have an excuse to have a party. So I said, 'Why not take advantage of this to promote some evangelization?'" he said.

He talked with the parish staff about starting a similar program of preparation for quinceaneras, to help teenage girls and their families deepen their faith and their relationship with the Church. This would make it an opportunity to invite people who may not be active in the Church to come back.

"We want to invite them to be part of the community," Father Tezone said.

They asked Sister Barbara, who was born in Mexico and used to attend Mass at St. Anthony's, to help them start this program and train the staff so they could continue it in the future.

The session for the girls, which was bilingual, covered the history of the quinceanera and other rites of passage in different cultures. They also discussed various topics that teenage girls deal with, such as social pressures, friendships, relationships with parents, boyfriends, and fashion. Because many young people leave the Church during their teenage years, they also talked about their relationships with God and how to deepen their faith.

In the parents' session, which was held in Spanish, they talked about the challenges of raising children between two cultures. Many of the parents recognized that they wanted to keep something of their cultural background, but also wanted their children to be American.

"It was really healing for the parents to know that they could talk freely about what they experience," Sister Barbara said.

They exchanged advice about parenting, such as how to talk to their teenage children, how to negotiate and solve problems, and how to set good rules and boundaries. Sister Barbara said this exercise allowed them "to know they are not alone and to listen for good ideas they can put in practice."

"It was filled with great ideas of parents, of things that they can do to guide their daughters," she said.

St. Anthony's first community quinceanera Mass took place on June 25, with eight girls participating. The parish hired a professional photographer to document the event as a gift to the girls and their families. At the end of the Mass, the girls made a consecration to Jesus through Mary, and left flowers at the altar for the Blessed Mother.

Father Tezone said the result of the retreat was "wonderful" and evident during the Mass.

"You could see the difference in the meaning, the preparation, the way they were involved in the celebration. And everybody was happy," he said.

The parish is discussing the possibility of holding the quinceanera retreat and community Mass twice each year. Girls looking to have a quinceanera Mass would be required to attend the retreat first.

Sister Barbara said she felt "privileged" to walk with the parish as they began this initiative.

"It's just responding to the needs of the community, helping them to understand why (we do this), and seeing God in all of this," she said. 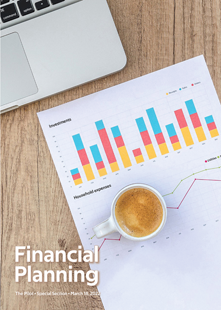