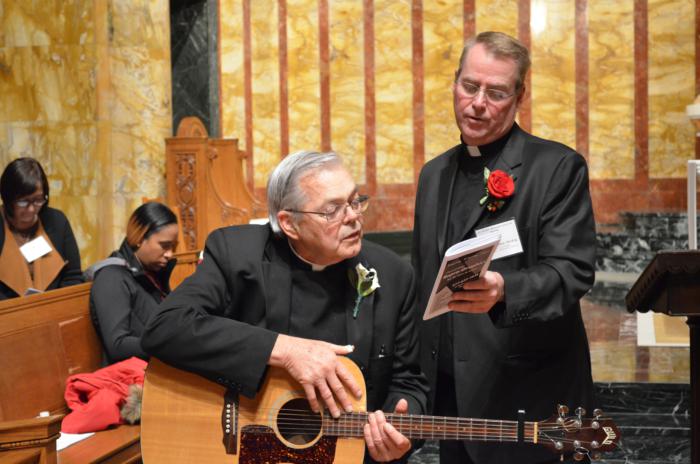 The chapel was full at St. John's Seminary on Nov. 18 for the 13th annual All Souls Memorial Concert put on by St. John's Theological Institute for the New Evangelization.

In this month of remembrance, concert attendees lovingly remembered their departed family members and friends while listening to the hauntingly beautiful songs, both sorrowful and joyful, performed by musicians who graciously donated their time.

The choirs performing at the concert included the Sacred Heart Parish Adult Choir from Quincy, directed by Howard Lotis; and two children's choirs: St. Cecelia's Children's Choir from St. Ambrose in Dorchester, directed by Trang Mai, and the children of the choirs of St. Ann, St. Brendan and St. Teresa of Calcutta, Dorchester, and St. Thomas Aquinas of Jamaica Plain, directed by Michelle McCourt. Attendees also were treated to two songs sung in their native language by the Vietnamese seminarians studying at St. John's.

The concert is a part of the annual fundraising for the Theological Institute, which includes a fundraising auction. Concertgoers took part in a raffle which took place after the concert, and all were invited to go on-line and visit the auction website. The auction is ongoing and all are invited to visit the website www.sjs.edu to see the list of auction items and place bids. The public is invited to attend the silent auction finale, which will be held on Thursday, Dec. 7 at the archdiocese's Pastoral Center in Braintree, from 6:30 to 7:30 p.m., for an evening of last-minute bids, awarding of door prizes, free food and fellowship.