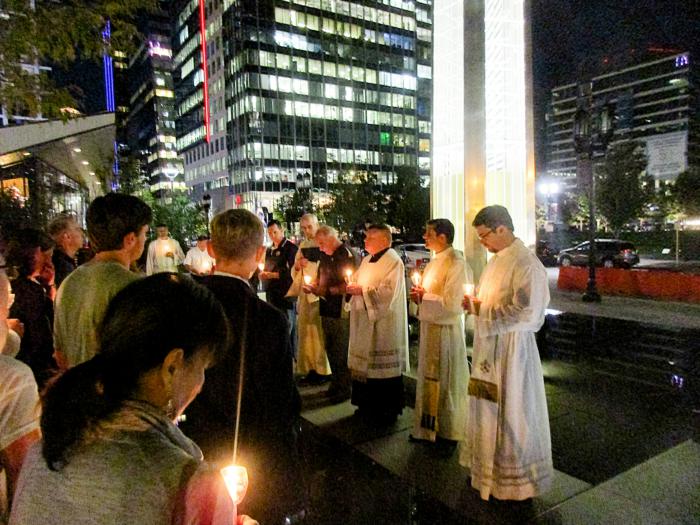 Gold Star families, veterans, members of the community, and parishioners of Our Lady of Good Voyage gathered at the newly erected shrine on the 16th anniversary of the Sept. 11 attacks for a Mass of Remembrance and candlelight vigil.

The Mass, celebrated by Father Matt Williams and Father Matt Westcott, honored those who lost their lives in the 2001 Sept. 11 attacks, and was followed by a candlelit procession to the nearby Massachusetts Fallen Heroes Memorial in Boston's Seaport Common.

The Mass and vigil were sponsored by Massachusetts Fallen Heroes, an organization established in 2010 to honor fallen service members.