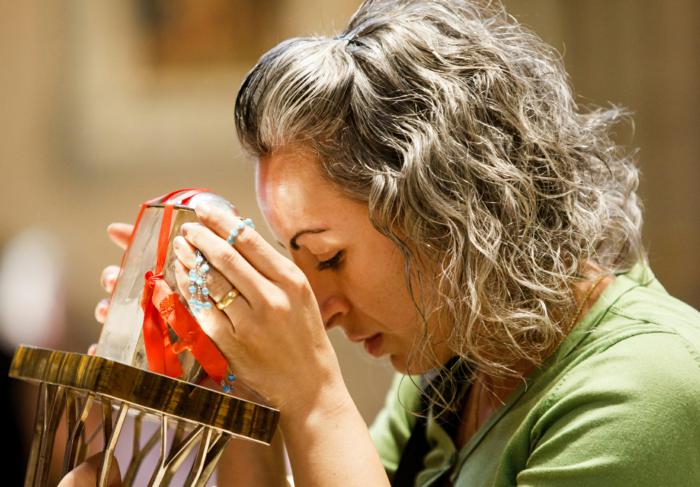 BRAINTREE -- The Pilot received a record nine awards in the Catholic Press Association's 2017 Press Awards competition, including receiving a second place award for the category of Best Newspaper Website.

"The Boston Pilot provides thoughtful, in-depth commentary on the issues of the world and of the Catholic Church in particular," judges wrote in comments accompanying the award.

Each year, the Catholic Press Association invites submissions from Catholic newspapers, web sites, and magazines which are judged by a panel of independent experts for excellence. The Pilot has been honored with awards every year since 2002, although nine awards is record in recent history.

The article provided a "moving and fitting tribute to Mother Teresa," the judges wrote.

He also took third place and earned an honorable mention for Best News Writing on a Local or Regional Event for the stories "Robots coming to a kindergarten near you" and "Different reasons draw faithful to venerate St. Padre Pio," respectively.

Earning two honorable mentions for Best Reporting on Vocations to Priesthood, Religious Life, or Diaconate was contributor Donis Tracy for her stories "Ordination class of 2016: Deacon J.Thomas Gignac" and "Bishop Mark O'Connell: 'I plan on being a happy bishop.'"

The Pilot also received an honorable mention in the category Newspaper of the Year, which was renamed this year from the General Excellency category.

"I am particularly honored this year at the fact that we received a record number of awards," said Pilot editor-in-chief Antonio Enrique.

"The fact that the awards include different aspects of our daily work such as photography, writing and our website, confirms that The Pilot is a well-balanced publication put together by a small but hardworking team," he continued.

Enrique said he was particularly pleased The Pilot was honored for the second year in a row in the Best Newspaper of the Year category.

"I think this is the result of our team effort to provide our readers, both in print and online, with important news, analysis and commentary that hopefully helps them to better understand how their faith intersects with our culture," he said.