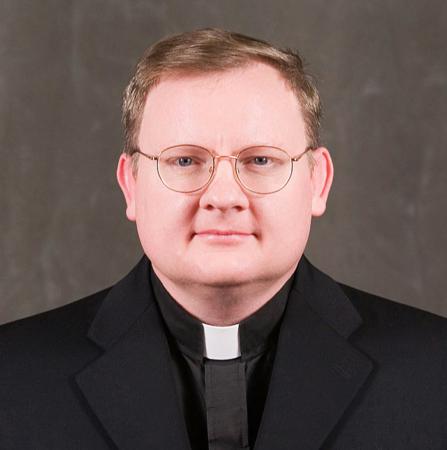 In some ways Father Dzengeleski will be returning to familiar territory; he was born in Quincy though raised in next door Braintree. One of four brothers, he attended Braintree public schools and was graduated from Braintree High School. He studied agriculture at the University of Massachusetts at Amherst, hoping to become a farmer. He had thought of the priesthood while still a teenager but waited entering seminary formation until he finished college and worked a bit.

He entered St. John's Seminary and Cardinal O'Malley ordained him to the priesthood at Holy Cross Cathedral on May 26, 2007. Prior to ordination, he had spent a pastoral and deacon year at Immaculate Conception Parish in Marlborough. His first priestly assignment was as parochial vicar at Holy Name Parish in Boston's West Roxbury section.

He has subsequently been parochial vicar at several other parishes: St. Patrick, Watertown (2010-2013); and at three Billerica parishes: St. Mary, St. Andrew and St. Theresa of Lisieux; for almost a year (July 2015 to June 2016) he served also as administrator of St. John the Evangelist Parish in Chelmsford.

Father Dzengeleski has served both as deacon and priest in larger and active parishes of the archdiocese. At Billerica he has served in a collaborative; that experience will come in handy as he moves to Quincy and serves three distinct sections of the city.

Father Dzengeleski is quiet by nature. The parish family at Holy Trinity will find him kind, gracious, and warm hearted.