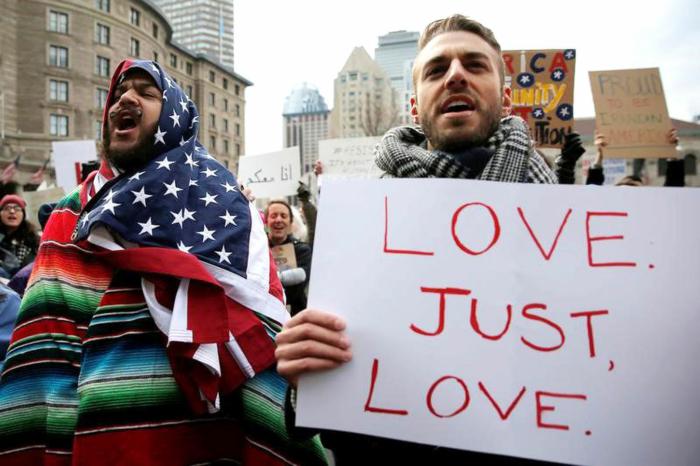 BOSTON -- Refugees that were to be resettled this month by Catholic Charities of the Archdiocese Boston will not be arriving following President Trump's Jan. 27 executive order that bans refugees and immigrants from some majority Muslim countries from travelling to the U.S.

"Our heart does break for the refugees we were expecting to receive in the month of February who were so close to finally be admitted to the United States after really long wait times," said Director of Refugee and Immigration Services Marjean Perhot to The Pilot, Jan. 31.

"A lot of people who are scared and not really sure what to expect now," she said.

Each year, Catholic Charities of Boston settles 230 refugees from around the world, and President Debbie Rambo noted that "We run a fairly large refugee resettlement program, and of course all of those arrivals have been canceled for at least four months, whether they're from the Middle East or other parts of the world."

She added that Catholic Charities' legal immigration services team, which provides new immigrants with legal consultation, referral, and representation, have been flooded with calls, bringing the workload to "beyond capacity."

We're "working to see what we can do to bring in new staff," she said.

"There are just financial challenges for our organization that come with this action."

To help with costs, Catholic Charities launched a campaign on its website, www.ccab.org.

"The refugees are amazing, courageous survivors, and I know they inspire me, and I think I can speak for the rest of us, they inspire all of us all the time," said Perhot.