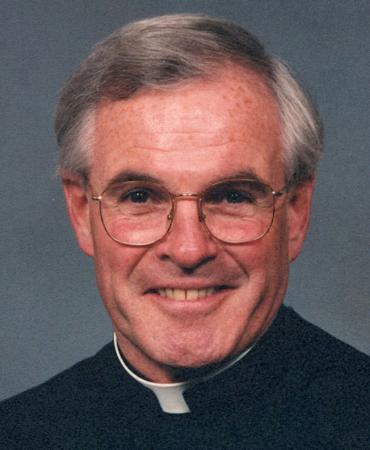 Father Neil Mullaney died unexpectedly at Massachusetts General Hospital in Boston on Nov. 25. He had been living as a senior priest at Regina Cleri Residence in Boston's West End since Cardinal O'Malley granted him senior priest retirement status Dec. 2, 2011.

Father Mullaney was one of the six children of the late Edward and Catherine (Browne) Mullaney. His mother died on March 11, 2014. Raised in West Roxbury, he attended the Shaw School there and then went to high school at St. Mary of the Assumption in nearby Brookline.

Following high school he entered the archdiocesan seminaries first at Cardinal O'Connell in Jamaica Plain and then to St. John, Brighton. Following his deacon year at Our Lady of Mercy Parish in Belmont, he was ordained to the priesthood at Holy Cross Cathedral on May 15, 1971 by Archbishop Humberto Medeiros.

The archbishop named him an associate at Our Lady of Good Voyage [Portuguese] Parish in Gloucester, where he served for five years. During this time he also become a "deacon supervisor" serving as a link and model for members of the deacon class assigned to Gloucester until 1976 and later to Somerville where he was associate at St. Ann from 1976 to 1985. He ceased to be part of that deacon supervisor program in 1978, when his pastor and founder of the program, the late Father Francis C. O'Hare assumed the task at St. Ann.

He was parochial vicar at St. Patrick, Natick from 1985 to 1990, and then at St. Bernard, Newton from 1990 to 1993, when he was named pastor at Braintree's St. Thomas More Parish. Following a term there, he became a member and moderator of then Team Ministry at St. Pius Fifth, Lynn, reunited with his former fellow parochial vicar from Natick, Father Joseph Rossi. The team served there until late December 2011 when for reasons of health, Father Mullaney was granted senior priest status and residence at Regina Cleri.

Father Mullaney had a hardy laugh and was an avid skier; and relished spending time in his family's place in Buzzards Bay. From his deacon assignment in Belmont through the six assignments during active priestly ministry, he developed close friends. Many found him gregarious and a willing listener. Most agree he was down to earth, yet also was a good priest and kind to people.