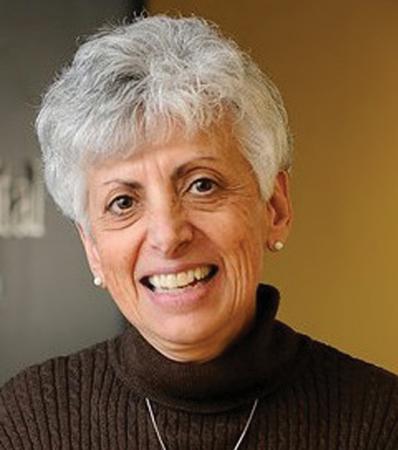 As a young girl I was fascinated by the wonderful sisters who taught me in grammar school. They were outstanding teachers and I loved to spend time with them. I found myself playing school as "Sister Bernadette" (the movie "Song of Bernadette" was newly released) and wishing that I could be a sister. When I graduated from the eighth grade Sister Wendrona, CSJ, told me that she believed I had a vocation to religious life. I smiled and said: "Yes Sister!" Off I went to St. Clare High School in Roslindale, a Franciscan High School.

I loved the Franciscan spirit of the sisters at my high school but with a little money in my pocket from a part-time job and a new found social life, I forgot all about my eighth grade teacher's prediction. I had decided to be a high school Spanish teacher.

During my college years, every now and then I felt a little tug at my heart saying that maybe God was asking more of me but I dismissed those thoughts very quickly. I had developed a love for travel and surely that was not part of religious life. During the semester break of my junior year of college I went on a college-sponsored trip to Europe that brought us back to school two days late for the start of the second semester. As I walked into my first class I was so surprised to see a Franciscan Sister there. I recognized the modified habit from my high school days and immediately began a conversation with her, catching up on news about my former teachers.

As the weeks went on I noticed even more of the sisters studying in the library. My thoughts about becoming a sister began to resurface as did Sister Wendrona's little nudge. There were many questions to be asked and answered. I had a strong faith but did I really want to be poor and obedient? Did I want to have a family of my own? As I grappled with these questions a missionary priest came to our parish to ask for financial assistance for his ministry. During his homily he spoke about religious life and vocations and said: "it is not that there are fewer vocations but there are fewer people who think they might have a vocation and are willing to say, 'I will try.' " At that moment, in that church, I said "yes" and sought out the Missionary Franciscan Sisters of the Immaculate Conception.

In the spirit of St. Francis, St. Clare, and Elizabeth Hayes, we promote ever-widening circles of communion as we:

-- Open ourselves to a life of continued conversion in response to the call of the Gospel.

-- Identify with the victim, the poor and the marginalized in seeking a peace built on justice.

-- Reverence creation, acknowledging the right of all God's creatures to enjoy its blessings.

-- Address the need within ourselves for repentance, forgiveness and healing while promoting a message of reconciliation.

Forty-three years later, I live a full life as a Missionary Franciscan Sister. Through my life in community and ministry I have experienced God in profound ways as a teacher, administrator, caregiver for people with HIV/AIDS, pilgrimage leader and spiritual director. I remember with deep gratitude the sisters from St. Clare High School who modeled for me a Franciscan way of Gospel living. Their love of God, each other, their students and all of creation continue to inspire me and call me to deepen my commitment to this way of life.

During this year of Consecrated Life may we remember with St. Clare that: "Among the other gifts that we have received and continue to receive from our magnanimous God and for which we must express the deepest thanks, there is our vocation."