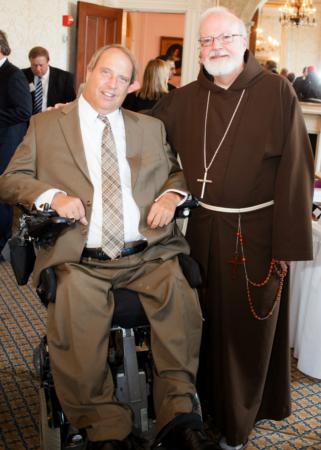 BOSTON (AP) -- State Sen. Thomas Kennedy, a Brockton Democrat who overcame an accident that required him to use a wheelchair and went on to serve in the Legislature for more than three decades, has died. He was 63.

A lifelong resident of the city, Kennedy died peacefully June 28 at Brockton Hospital with family and friends at his side, said Joseph Masciangioli, a Senate aide. The cause of his death was not immediately disclosed.

Kennedy was studying for the Catholic priesthood in 1971 when he fell while window washing, leaving him a quadriplegic.

After a lengthy hospitalization and rehabilitation, Kennedy was appointed ombudsman for the city of Brockton in 1974, and later he won election as a city councilor. He also served as an aide to then-U.S. Rep. Brian Donnelly.

In 1983, Kennedy won the 9th Plymouth District seat in the state House of Representatives, a seat he would hold until 2008, when he was elected to the state Senate.

Tributes to Kennedy came quickly Monday from both sides of the political aisle.

"He was a great friend, colleague, and public servant," said Senate President Stan Rosenberg, an Amherst Democrat. "He devoted his life to serving the people of his community and was proud of his working class roots. His voice will be missed in the Senate."

Republican Gov. Charlie Baker said he had known Kennedy for many years and was saddened to learn of his death.

"(Kennedy's) perseverance in overcoming his disabilities served as an inspiration for all those who knew him and for many more who are also working to surmount their own challenges in life," Baker said.

Rep. Brad Jones, the House Republican leader, said he was privileged to have worked alongside Kennedy for many years in the House and also called him a champion for the elderly and disabled.

A funeral Mass will be celebrated for Kennedy at St. Edith Stein Parish in Brockton on July 7 at 11 a.m. Calling hours will be at the Russell & Pica Funeral Home in Brockton on Sunday and Monday. A private burial will be held at a later date.