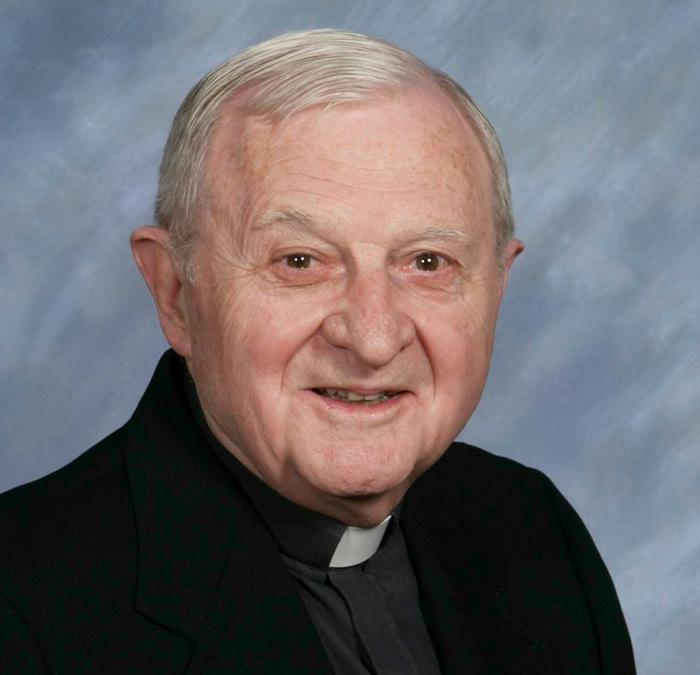 Identified by fellow priests and parishioners alike as a quiet and kind gentleman, Father Robert J. Waldron died on April 8 at Cape Cod Hospital in Barnstable. He was 83 years old.

A native of Medford where he was born on Dec. 30, 1931, he was one of the three children of the late Michael and Mary Waldron. Raised in St. Joseph Parish, he attended the parish grammar school before his high school years at neighboring St. Clement High School. After high school he prepared for the business world at Boston College where he was granted BSBA degree in 1953 and some years later the MBA at Northeastern University. He worked for a number of years as a salesman for the American Optical Company.

A member of the first class of Pope St. John XXIII Seminary, he entered the newly established seminary for "second career" vocations and following seminary studies he was ordained to the priesthood on May 11, 1968. Richard Cardinal Cushing ordained the alumni of the new seminary in a ceremony two prior to the ordination of the men from St. John's Seminary. The ordination was at St. Ignatius of Loyola Church in Newton. The site seems to have been chosen as each of the four newly ordained was an alumnus of Boston College; the surviving member of that group is Father Daniel J. Crowley.

The Waltham parish was a relatively new one, established the same year Father Waldron graduated from high school, 1949. The parish grammar school was completed in 1965 and during his tenure Father Waldron supported the school greatly. He added to parish property a parcel of landed between the church and school which doubles as play area for school children and much needed parking for the church.

Father Waldron's immediate survivor is his sister, Dorothy Fitzgerald-Bachynski of Yarmouth; his brother James, predeceased him.