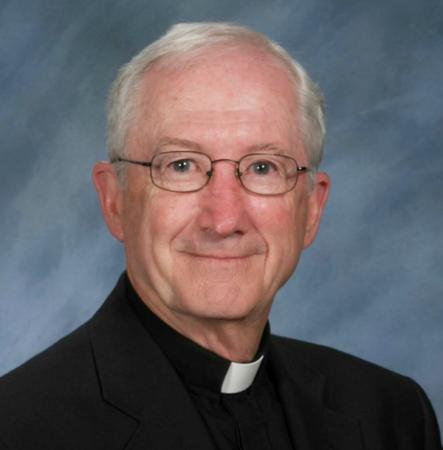 A priest of the archdiocese since his ordination on Feb. 10, 1965, Father Richard S. DeVeer was granted senior priest/retirement status on June 1, 2014.

A Medford native who grew up in St. James Parish he studied in the archdiocesan seminaries at Cardinal O'Connell in Jamaica Plain and St. John, Brighton. Following his ordination at the Cathedral of the Holy Cross by Richard Cardinal Cushing he received the first of the many parish assignments he would have over the following years -- as assistant at St. Catherine of Alexandria Parish in Westford.

In 1970 he was named an associate at Most Holy Redeemer, East Boston; and in 1973 he would begin a decade long assignment at Our Lady Help of Christians in Concord.

With the expansion of Team Ministry, Father DeVeer served with Msgr. Francis Kelley at St. Boniface, Quincy in a team for almost eight years between 1983 and 1991; when Msgr. Kelley left the team, Father DeVeer became pastor of the parish and served there for an additional six years.

He returned "to the ranks" in 1998 serving as parochial vicar at St. Rose of Lima, Chelsea (1998-2004) and then at St. Francis Xavier, Weymouth (2004-2014) and St. Albert the Great, Weymouth (2013-2014); while in Weymouth he was briefly the administrator of St. Francis Xavier parish; also during his Weymouth years he was the Associate State Chaplain of the Knights of Columbus of Massachusetts.

Kindly and unassuming and as his assignments indicate very much at home in parish life, Father DeVeer, will be assisting in parishes during his retirement.