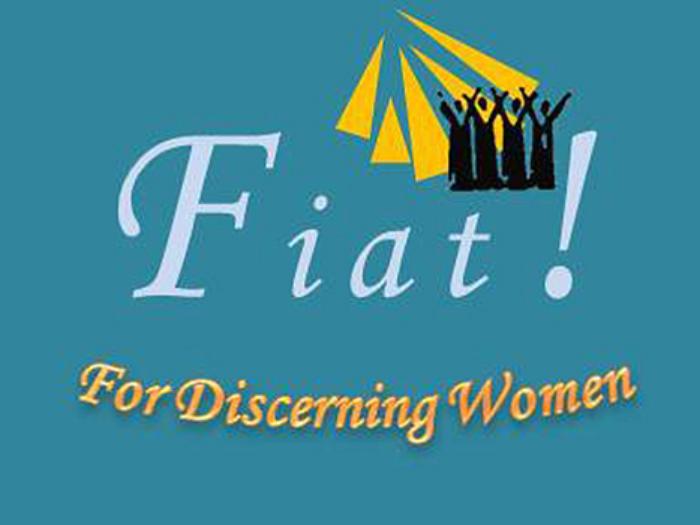 BRAINTREE -- In a world that increasingly encourages individualism above all else, why would a woman decide to dedicate her life to Jesus Christ as a religious?

One young woman discerning a vocation to religious life offered her answer to that question.

"My attraction to religious life is personal. If it wasn't, it wouldn't be real. I want this, because I feel drawn to it, and I feel that in this way I will have joy, in this very intimate relationship with God," she added.

Asking that her name not be used for this reporting, she said the calling to religious life can be lonely, disjointed, or confusing. For her, a group organized by orders of women religious in the Archdiocese of Boston helped sustain her through the process -- Fiat: For Discerning Women.

The group meets monthly with organized presentations from the different communities of women religious active in the Archdiocese of Boston.

She said she found it frustrating trying to figure out a direction in her discernment thus far.

"I have been discerning for five years. Three of those years I would define as trying to figure out how to do it," she said.

Fiat brings different orders together in one place to help women discern.

"The Fiat group is great because it gives this friendly, low-key, safe environment for women to come and interact with many different orders. There is no pressure to follow up with them. You are just getting to know them and know their charisms, their personalities, why they went into it," she said.

She said the sense of community and the support of like-minded women and women religious provided through Fiat became a valuable asset in her journey toward a life devoted to God.

"It allows you to really consider and explore the possibility of religious life in that relaxed environment, and that's really important," she said.

She has discerned an order that she hopes to join, with help from Fiat.

"Fiat has been very helpful, in addition to doing stuff with that order in particular, but just the chance to see the different orders together and feel that draw inside myself that says, no, I feel like I fit with this one more than the other ones. And, I can see it in this dynamic when we have multiple orders together," she said.

The discernment group was originally formed in the early 2000s, but went into a kind of hiatus until it was revived in 2013.

Fiat takes its name from the Virgin Mary's "yes" to the Angel Gabriel in the Gospel of Luke -- roughly translated "let it be done."

Sister Marian Batho, CSJ, delegate for religious for the Archdiocese of Boston, said the discernment group for women provides an environment where young women meet women religious from various orders, build a sense of community, and learn about the different ways women can serve in the Church.

"Sometimes it helps them to discern perhaps an interest in consecrated virginity, diocesan hermit, or the vocation to lay ministry in the Church," Sister Marian said.

"I think Fiat helps women understand God's call in their life, and that's what we talk about -- God has a plan for each one of us, a unique plan -- and it provides a space where folks can come together to pray, to try to hear God's voice --what is God saying to them, and also to meet other women -- predominantly sisters are in this group -- and hear their stories how God called each one of them," Sister Marian said.

Sister Marlyn E. Monge, FSP, told of her experience with Fiat while she was discerning a vocation with the Daughters of St. Paul.

"We would go in the evening, and I remember there was always time for a little chit-chat before, and then there would be a topic that was being talked about," Sister Marlyn said.

For example she said in one meeting they spoke about the vow of poverty, as women religious of the orders present explained how their particular order lived out that aspect of religious life.

"And so, you got a really good sense of the diversity within religious orders, and where the Church was. It gave me a really good perspective of how beautiful and how rich the Church is, but for me the best thing that happened is meeting other women who were on a similar journey as I was," Sister Marlyn said.

Sister Christina Wegendt, FSP, local vocation director for the Daughters of St. Paul, said the group provides a helpful service not only for those discerning, but for women religious groups reaching out to those women.

"I see Fiat as being a needed and helpful collaboration among all the women religious in the Archdiocese of Boston, so it's a great way for us to work together to promote a culture of vocations, to support young women who are interested in the possibility of religious life and who want to learn more. To me that is one of the greatest values of Fiat, the collaboration," Sister Christina said.