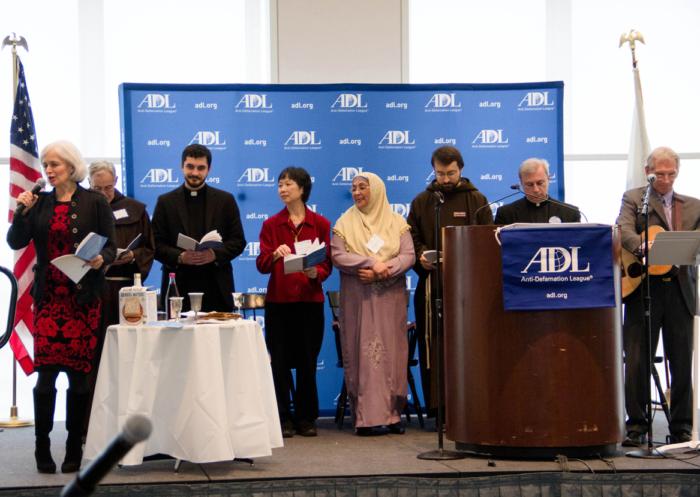 BOSTON -- With the Passover Seder, the Jewish people commemorate their journey to freedom in a new homeland, a story many immigrant families in Boston know well.

At the Anti-Defamation League New England Region's 7th annual Nation of Immigrants Community Seder at UMass Boston, March 21, a diverse gathering of Boston locals shared not just in the meal but the story that traditionally accompanies the Passover tradition.

The event uses the traditional Passover Seder, which commemorates the exodus of the Jewish people from slavery in Egypt, to celebrate the universal desire for freedom that have led so many to leave their homelands to build a life in the United States.

In his remarks at the event, Cardinal Seán P. O'Malley gave his thoughts on collaboration between the Church and the Jewish community on supporting those who leave home to take a chance at a better life.

"Last month, Pope Francis addressed the good and productive relationships between the Jewish and Catholic communities, encouraging continued cooperation in constructing a more just and fraternal world -- with particular attention to serving the poor, the marginalized, and those who suffer. In many ways this is a call to be aware of and respond to the needs of our brothers and sisters who are newly arrived in this country," Cardinal O'Malley said.

The cardinal said he plans to participate in a Mass with American bishops at the U.S.- Mexico border to raise awareness on the plight of immigrants.

During the meal, guests heard personal stories of the exodus-like journey some immigrants and their families make when leaving their homelands. The cardinal noted that Pope Francis has acknowledged that obstacles immigrants face in their struggles often do "claim the lives of men and women who seek new freedom and a better life."

Cantor Roy Einhorn and Rabbi Elaine Zecher of Temple Israel in Boston explained the significance of each tradition, and helped guests with traditional Hebrew songs, as the Seder meal went on.

"His concern with immigrants and the way they are coming into the country is very heartening," she said.

Associate Director for Interreligious Relations Father David C. Michael explained the importance of the Archdiocese of Boston's support for the annual Seder.

"As Christians we share the Exodus story of the journey from slavery into freedom. It's a story of liberation for all humanity, and I think it's important for us to be here at this Seder as members of the human family as well as members of the faith community," Father Michael said.