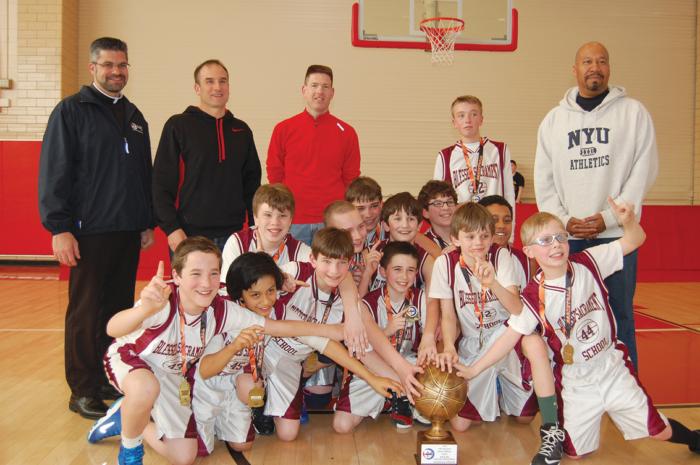 In March the 2014 CYO Championship Basketball Tournament began with teams of boys and girls from parishes and schools competing throughout the Archdiocese of Boston.

During the first three weekends of March, qualifying parish and school teams competed for the Archdiocesan Title. Nine teams took championship games on the weekend of March 15 and 16, as they secured a berth at the New England CYO tournament hosted this year by the Diocese of Providence.

The archdiocesan winners in the grades 5-6 and grades 7-8, parish and school, boys and girls teams, and a parish high school boys teams qualified for the New England tournament.

More information can be found at www.one4boston.org/youth-ministry/cyo-athletics/cyo-basketbal/cyo-march-madness.

The Office of Faith Formation of Youth and Young Adults provided The Pilot with scores from games this weekend listed below.

Winners listed below advance to the New England CYO tournament in Providence, R.I.