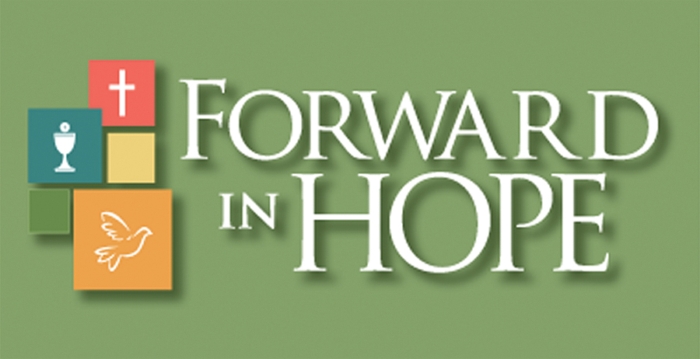 Cardinal Seán said, "The Appeal is an invitation to help serve the Church, our parishes and schools, and hundreds of thousands across our communities. Through the Appeal, Catholics have an opportunity to answer the Holy Father's call to renew our commitment to the mission of the Church."

With the support of more than 40,000 donors, the Catholic Appeal funds more than 50 ministries that serve 289 parishes in the Archdiocese Boston.

Kathleen Driscoll, Secretary for Institutional Advancement, said, "This is a hopeful time for the worldwide Church, especially here in the Archdiocese of Boston. Under the leadership of Cardinal Seán and the support of our wonderful pastors, the Catholic Appeal is moving us all forward in hope."

In the Archdiocese of Boston, more than 70,000 pastoral visits are made to the elderly and homebound every year, over 25,000 young people are performing service projects in their local communities, and 7,000 adults are studying Catholicism in small faith-sharing groups.

On Feb. 22 and 23, parishes will announce their 2014 Appeal campaign in advance of Commitment Weekend, March 1 and 2, when parishioners will be asked to make a pledge to their parish campaign at Mass. During commitment weekend, Cardinal Seán will celebrate Mass at St. Luke Parish in Belmont at 4:00 p.m. on March 1 and at St. Michael Parish in North Andover at 10:30 a.m. on March 2. He will also celebrate Mass in Spanish at St. Mary of the Assumption Parish in Lawrence at 8:30 a.m. on March 2.

St. Mary of the Assumption Parish is a multilingual community. Within the archdiocese, 30 ethnic communities celebrate Mass in 19 languages.

"It is an honor to have Cardinal Seán come to Lawrence and celebrate Mass at St. Mary's and help launch our Catholic Appeal campaign," said Cristino Infante, a supporter and volunteer to the Catholic Appeal. "We are so proud of how the parish is growing and flourishing and efforts such as the Catholic Appeal enable us all to come together to support our parish and the archdiocese."

The pastor of St. Mary's, Father Carlos Urbina, OSA, added, "Lawrence has had its share of struggles over the years. With the support of the Catholic Appeal, St. Mary's is a stronger and safer presence in the community. To know the cardinal is coming to visit us is incredible. His presence will be like a father's presence that says to us that we are not alone, and we are in this together."

All are encouraged to visit the Appeal's website at www.BostonCatholicAppeal.org to learn more about the important programs and ministries supported by the Catholic Appeal. The Catholic Appeal is the primary philanthropic funding effort supporting the work of the Church in the Archdiocese of Boston, the fourth largest diocese in the country. Through the Appeal, Catholics help sustain the vital ministries serving 144 cities and towns, 119 Catholic elementary and secondary schools, and thousands of Catholics of all ages in many life circumstances. These ministries are made possible by the generosity of parishioners who want to ensure that they remain strong.