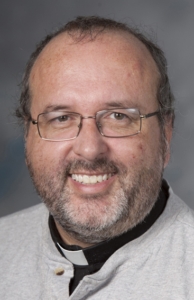 BRAINTREE -- Since a proposed plan for pastoral planning in the Archdiocese of Boston was announced back in December 2011, group consultations and individual feedback are re-shaping many elements of the initial plan.

Cardinal Seán P. O'Malley created the Archdiocesan Pastoral Planning Commission (APPC) in January 2011 to work on a proposal for pastoral planning. The commission presented its initial results in three rounds of consultations, first to the priests of the archdiocese last December, then to pastoral staffs and parish councils and finally to the parish communities. During the consultation process the APPC conducted 40 meetings in all areas of the archdiocese.

According to the committee, the feedback from those meetings prompted the APPC to modify key elements of the initial plan. Those changes were outlined to the Boston presbyterate in June and the committee is scheduled to present its official proposal to Cardinal O'Malley this month for his review.

If Cardinal O'Malley accepts the plan, it will put in motion a process to create over 100 so-called "parish collaboratives" in the next five years. According to committee officials, the plan will retain the integrity of individual parishes, but will assign one pastor to the parishes of the collaborative and a pastoral team to support his work.

The Pilot interviewed Father Paul Soper, interim director of the Office for Pastoral Planning, July 30 to discuss the APPC proposal and the upcoming steps.

Q: Father, you have been part of the APPC since Cardinal Seán created it in January of 2011. What has your experience been?

Q: What has your experience been in these past months, after accepting the role of interim director?

A: Well it's been very interesting work. First of all, I really enjoy working with the people at the Pastoral Center; that has been a very positive thing for me. They are an excellent, very dedicated, very, very faithful group of people and I like working with them a lot.

Also, I have found an enormous amount of good will in pastors and the people in the parishes. People get it, they understand what our issues are, and they know what's possible and what's not possible. The pastors have a very grounded and well-informed perspective on what their parish's strengths and weaknesses are and what might be gained and what might be lost as the parishes enter into collaboration. They understand the geographies of the area, they understand the histories of the area, the cultures of the area and they are very able to bring those things forward.

Q: How did consultation change the initial APPC proposal?

A: I was very involved with the consultation; I was present at 39 out of the 40 meetings. I missed the last one because there were two going on at the same time at opposite ends of the diocese! I got a broad view of that was going on in the consultation. There were a number of points that came up very strongly that I believe we have adequately and appropriately brought into the edits of the pastoral plan proposal which we will bring forward to the cardinal in August.

For instance, probably the hottest topic was the original proposal that said that ordinarily the pastor of the parishes of the collaborative will not have been the pastor of the parishes previously; in other words somebody new would come in from outside. There were good reasons for that; it wasn't a stupid idea. We were worried about making winners and losers within a collaborative. It made sense and it didn't come out of left field. We had some conversations with priests before we put that into the initial proposal. Yet, what we discovered was that there were strong reactions against that part of the proposal. People felt it was too significant a change, too radical, it was too insensitive to the needs of the priest, too insensitive to the needs of the parish and to its stability. They also felt that we were under-assessing the talents of the priests when we suggested that it might be necessary to bring someone new in from the outside because the pastors who were present could not adequately be the pastor of all the parishes. The people said, look, we know our priests, our priests can do that, they are capable of that. So, we backed off from that part of the proposal and said we would find another way of doing that. The current proposal simply asks the archbishop to be very mindful of the needs of evangelization in the area when making assignments to a collaborative.

Another example would be that people brought forward, very strongly, the need for the pastoral plan to be flexible, that it's not going to look the same every place, that it's not one size fits all. The pastoral plan needs to have standards in it, but it needs to be flexibly applied. We have built into the document that we will be presenting to the cardinal a great deal of flexibility, in large part in putting a lot of the detail work into the hands of the collaborative themselves in the formation of what one might call the collaborative pastoral plan.

Each collaborative will have to come up with its own pastoral plan, in which they will explain how they will function as a collaborative, with the resources they have, with their geographic circumstances, with their financial circumstances, with the buildings they have, with the languages spoken in the member parishes, with the histories of the parishes. For instance, religious education. We are not in a position to say all the programs need to be combined into one, nor are we in a position to say, don't combine the religious education programs. Each collaborative knows what they need to do with that and they'll figure that out, but they'll have to explain how they will do that with the resources they have and how they'll do it in such a way that it advances evangelization.

Q: What is the connection between collaboration and evangelization?

The parish is the focal point of evangelization. Now, if we were saying that the only way in which we are going to strengthen evangelization is by combining the resources of parishes, no one will believe that, that's not real. But that's not the plan; the plan instead is that through these combined collaboratives that bring together the strengths of various parishes (although remember that the parishes remain separate financial institutions each with their own obligations and assets), we are going to pour our resources into training, not only in collaborative management, but into evangelization.

Q: What is your reaction to the criticism that this plan is yet another way of closing parishes?

A: I hope that we will never have to close more parishes. This proposal doesn't change the reality that there may be a parish someday that might need to close. Remember that a parish is responsible for its own financial obligations and has the benefit of its own financial assets. If a parish cannot support itself financially, the hope is that in a collaborative model it might more be able to do so, through sharing of staff resources, but more importantly through evangelization, being more effective and bringing people back to the community. When people come, there is more money in the community. Money follows leadership; parishes that have strong staffs that can help them, maybe they'll have more resources, maybe more people will come.

But of course maybe they won't, in a particular case. Of course, hopefully broadly they will, but if they don't, they don't. Then a parish may need to close; that's no different than it ever was. But the closing of parishes is neither the hope nor the goal of this plan. This plan is to try to avoid doing that, and we don't use the mechanism of closing parishes as the way of achieving the goal of the plan.

The mechanism of this plan is not changing parishes but changing the way that parishes are served and leaving the other aspects of the parishes intact, its buildings, its canonical reality, its right to exist, its financial assets, its financial obligations.

Q: What is the role of the pastor within the pastoral team?

A: The role of the pastor is defined canonically, and even if we had been inclined to change it, we can't! We have no capacity or inclination to change that.

The pastor will have all of the same autonomy that he had and all the same responsibilities he had. The pastor remains the critical player. One of the things that we heard very strongly from the consultation is that the assignment of the right pastor is critical to the functioning of the collaborative.

That being said, we want to support the pastor in the best way we can. We want to make sure he is supported with a strong team with whom he would wisely work very collaboratively, being able to delegate significant responsibilities to the members of that team. That in no way removes him from his final responsibility; but if a pastor has three parishes that he has to care for pastorally, that is all the more reason why he has to have a good administration team in place to deal with administrative things, all the more reason why he has to have good pastoral people on his team in order to help him take care of the pastoral needs of his multiple parishes.

One of the strong things about this plan is that it assigns to the multiple parishes, not just the pastor but the whole team and the councils as well, so that the pastor can work together with his one pastoral team and the councils at the parishes toward the one mission of the collaborative. He doesn't have to deal with 3 different staffs and 3 different councils, but rather it brings the whole of the team together into one team to work with the one pastor for the one mission.

Q: Can you explain to our readers what they might expect to see say, within the next 5 years?

A: First of all, we need to understand that all of this is dependent on whether the cardinal accepts this proposal.

If the cardinal accepts the proposal, what the proposal says is that sometime in the middle of 2013, we would establish the first 10 collaboratives; we would call this Phase 1 and they would be spread out, two in each of the five regions of the diocese. We would work closely with each of those collaboratives over the course of the following year in order to learn a lot from what their experience has been.

So it's spread out, from the time the first collaborative comes on to the time of the last it could be as much as 5 years; but the whole thing, from the beginning of the training to the end of the last step is more like 7 years. There are collaboratives that are already expressing an interest in being in Phase 1 and we expect that there will be plenty more that will express an interest over the course of the next months. So we are not going to push anyone into Phase 1; we probably won't have to push anyone into Phase 2 either. By Phase 3 we may have to be working harder with some of the collaboratives to help them to be ready to come into Phase 3 and 4.