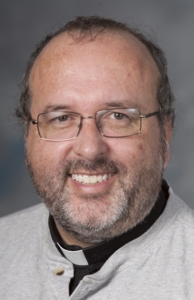 BRAINTREE -- The Archdiocese of Boston announced April 30 that Cardinal Seán P. O'Malley has appointed Father Paul R. Soper, pastor of St. Albert the Great Parish in Weymouth, to interim director of the Office of Pastoral Planning on May 4. Father Soper is succeeding Father David B. Couturier, OFM, who has accepted a teaching assignment in Rome.

Speaking with The Pilot, Father Soper said he was honored by his appointment.

"I hope that the confidence that the cardinal and the vicar general have placed in me means that I am well placed," he also said.

Father Soper said he remains committed to a "slow and organic implementation" of plans developed by the cardinal to orient the archdiocese toward evangelization, continuing the work of his predecessor.

"Father Couturier has been a tremendous resource for the archdiocese over the course of the past years. He has helped to lay the serious both intellectual and practical groundwork for whatever it is that we go forward with," Father Soper said.

He said in preparation for taking the reins from Father Couturier he depended on his staff at St. Albert the Great Parish.

"Any time that you have to coordinate multiple jobs it is always a challenge, certainly. St. Albert's is an excellent parish with a really good staff. Thus far, because I have really been doing this for about a month, they have stepped forward beautifully to help me with this work. I have every confidence that they are going to continue to do so," Father Soper said.

Father Soper will continue Father Couturier's work as the Archdiocesan Pastoral Planning Commission continues to gather opinions and input on their proposals for reorganizing the parishes to better accomplish the work of the New Evangelization.

In a letter to archdiocesan staff announcing Father Soper's appointment, Vicar General Msgr. Robert P. Deeley said, "The consultation process continues. Substantial work has been done by the Commission over the past number of months through an extensive process of meetings and consultation throughout the Archdiocese with priests, deacons, religious, parish staffs and lay faithful."

"I believe passionately in the process of pastoral planning, the process of consultation, and of listening to as many people as possible in order to try to get this right," Father Soper said.

Father Soper said he looks forward to receiving help from Father James F. Rafferty who will take up residence at St. Albert after he retires on June 5.