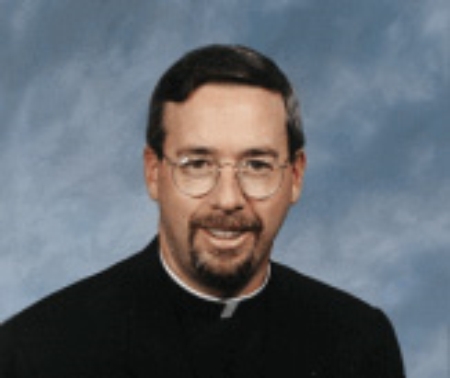 Pope Benedict has named Rev. Christopher J. Coyne, pastor of St. Margaret Mary in Westwood, as Auxiliary Bishop of the Archdiocese of Indianapolis. Following is the Cardinal's statement on Bishop-elect Coyne's appointment and the official announcement released earlier today by the United States Conference of Catholic Bishops following the Vatican's announcement.

It is with great joy that I received the news that our Holy Father, Pope Benedict XVI has named Fr. Christopher J. Coyne as auxiliary bishop of the Archdiocese of Indianapolis, Indiana. Bishop-elect Coyne has served as a Priest of the Archdiocese of Boston for almost twenty-five years, and during this time he has continued to demonstrate tremendous skill as a pastor and leader within the Archdiocese. Archbishop Daniel M. Buechlein is indeed blessed to receive one of Boston's finest priests.

Bishop-elect Coyne has served the needs of the Archdiocese of Boston in many ways: as professor of Sacred Liturgy and Homiletics, as well as director of the Pre-Theology Program at St. John's Seminary, Brighton; as Archdiocesan Director for the Office of Worship as well as Cabinet Secretary for Communications and Archdiocesan Spokesman for the Archdiocese of Boston. And most recently as Pastor of Saint Margaret Mary Parish in Westwood, MA, Bishop-elect Coyne has continued to demonstrate the skills and abilities that led our Holy Father to recognize in him a good candidate for the office of Bishop.

WASHINGTON--Pope Benedict XVI named Msgr. Mark L. Bartchak, a priest of the Diocese of Erie, Pennsylvania, bishop of the Diocese of Altoona-Johnstown, Pennsylvania, and accepted the resignation of Bishop Joseph Adamec, who reached the retirement age of 75. The pope also named Father Christopher J. Coyne, a priest of the Archdiocese of Boston, auxiliary bishop of the Archdiocese of Indianapolis, assigning him the Titular See of Mopta.

The appointments were publicized in Washington by Archbishop Pietro Sambi, apostolic nuncio to the United States.

Mark L. Bartchak was born January 1, 1955 in Cleveland. He attended Catholic grade schools and high school in Ohio, New York and Pennsylvania and attended St. Mark Seminary of Gannon University in Erie and Christ the King Seminary in East Aurora, New York. He was ordained a priest of the Diocese of Erie on May 15, 1981. He holds a licentiate and doctorate in Canon Law from The Catholic University of America.

Since ordination, he's served as parochial vicar at St. Francis Church in Clearfield, Pennsylvania, and St. Leo Magnus in Ridgway, Pennsylvania. He served as diocesan vicar for canonical affairs from 2004-2006 and judicial vicar from 1992-present. He is also a past president of the Canon Law Society of America.

Christopher J. Coyne was born June 17, 1958 in Woburn, Massachusetts. He was ordained a priest of the Archdiocese of Boston on June 7, 1986. He holds a bachelor's from the University of Lowell in Lowell, Massachusetts, a master's of divinity from St. John Seminary in Brighton, Massachusetts, and a licentiate and a doctorate in liturgy from the Pontifical Liturgical Institute (St. Anselmo) in Rome.