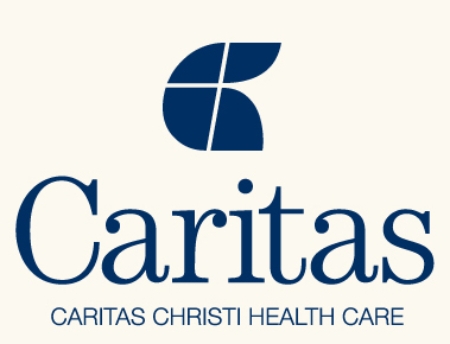 On Tuesday, July 1, 2003 Pope John Paul II named Palm Beach’s fourth diocesan bishop, the Most Rev. Seán Patrick O’Malley, OFM, Cap. as the archbishop of Boston. The announcement from Rome was made on the feast of Blessed Junipero Serra, a Franciscan missionary to California and Mexico. Serra is best remembered for the creation of the string of California Missions, stretching hundreds of miles from San Diego in the south to Sonoma in the north. The names of the missions have become the names of large cities — Los Angeles and San Francisco; scenic vistas — Santa Barbara and San Luis Obispo; and one serves as harbinger of spring and announcer of fall — San Juan Capistrano.

Another son of Francis comes to a different coast to begin a new mission, one that is really the same as Blessed Junipero’s “preach the Gospel of Jesus Christ.” As young Father O’Malley hoped that he would serve on the Pacific coast, perhaps on Easter Island off of Chile, when he was newly ordained. However, other plans, not his own, interevened.

When he is installed, Archbishop-designate O’Malley will become the ninth bishop and sixth archbishop in the almost 200 year history of the archdiocese.

Archbishop O’Malley was born in Lakewood, Ohio, in 1944, the son of Theodore and the late Mary Louise (Reidy) O’Malley. He attended St. Gabriel and Sacred Heart Elementary Schools in Pennsylvania and St. Fidelis High School, a high school seminary conducted by the Capuchin Fathers, in Butler, Penn.

He prepared for the priesthood at St. Fidelis Seminary, also in Butler, and at the Capuchin College in Washington, D.C. He was professed on July 14, 1965 in the Capuchin Order, a religious order dedicated to following in the tradition of St. Francis of Assisi.

On August 29, 1970, he was ordained a priest of the Order of Friars Minor Capuchin. He then went on to earn a master’s degree in religious education and a doctorate in Spanish and Portuguese Literature, both at the Catholic University of America in Washington, D.C., where he taught from 1969 to 1973.

Pope John Paul II appointed him as coadjutor bishop of the Diocese of St. Thomas in the Virgin Islands on May 30, 1984. He was ordained bishop on Aug. 2, 1984. He became the diocesan bishop of the Caribbean diocese on Oct. 16, 1985.

During his service as bishop in the Virgin Islands, Bishop O’Malley was a regular visitor to this archdiocese. Actually he was here more on “business” than visiting, spending time each spring assisting with the celebration of the Sacrament of Confirmation in many parishes of the archdiocese.

On June 16, 1992 Pope John Paul II announced the appointment of Bishop O’Malley as the sixth bishop of Fall River. He was installed at the Cathedral of St. Mary on August 11, 1992, a Franciscan feast day, St. Clare.

As bishop of Fall River, he was involved with the wider community both within the diocese itself and in the Commonwealth. He was active in the work of the Massachusetts Catholic Conference, especially with Pro-Life issues.

Bishop Seán Patrick O’Malley, OFM Cap., was appointed by Pope John Paul II on September 3, 2002, to become the fourth Bishop of the Diocese of Palm Beach. In a Eucharistic Liturgy of Installation at the Cathedral of St. Ignatius Loyola in Palm Beach Gardens on October 19, 2002, Bishop O’Malley became the spiritual leader of a Catholic population of more than 250,000 Catholics worshipping in 53 parishes and missions.

Although he is the first Capuchin to serve this archdiocese as its diocesan bishop, he is not the first member of a religious order to do so. That distinction belongs to a Jesuit, Benedict Joseph Fenwick, the second bishop of the diocese who served from 1825-1846. Nor is archbishop-designate O’Malley the first Franciscan, Archbishop Roberto O. Gonzalez, OFM, presently the archbishop of San Juan, Puerto Rico was an auxiliary bishop of the archdiocese from 1988 to 1995.

Archbishop-designate O’Malley is an active member of the United States Catholic Conference of Catholic Bishops. In November 2000 he was elected by his brother bishops to serve as chairman of their Committee on Consecrated Life. Currently, he is also a member of two other committees that oversee aspects of their work: the Committee on Shrines and the Catholic Campaign for Human Development.

Throughout his years as bishop, he has served on numerous others, including Missions (of which he was chairman), the Administrative Board, Priestly Formation, Hispanic Affairs, Migration, and the Church in Latin America as well as on the board of directors for Catholic Relief Services and the Association for the Development of the Catholic University of Portugal.

In 1998 he was appointed by the Holy Father to the Special Assembly for Oceania of the Synod of Bishops, which was held at the Vatican from November 22 to December 12. He has also served as Apostolic Visitator for several seminaries in Central America and the Caribbean.