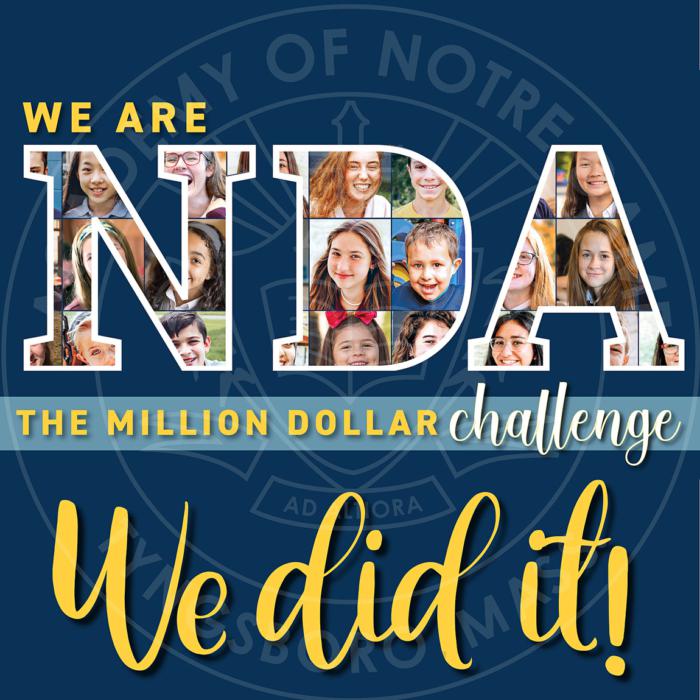 "While challenging, it was also necessary, as we work to advance our mission, fulfill our strategic plan, support our students, and strengthen the future of our school," said NDA head of school Vittoria Pacifico. "Gifts to the Million Dollar Challenge were an investment in the academy's most pressing priorities: student tuition assistance, technology upgrades, academic program enhancements, faculty development, and facility improvements."

Over the 10-month challenge period, the academy raised nearly $1.1 million. The school also received an additional $1 million from a generous alumna in fiscal year 2021, bringing the total to nearly $2.1 million in support of NDA's mission.

Lauren Marquis, NDA director of institutional advancement, noted, "We are grateful for the major donors who lifted NDA up this year, and we are equally appreciative of the hundreds of donors who stretched to make a small donation. Together, we made this goal a reality."

There was widespread support for the Million Dollar Challenge, including 100 percent participation by the academy's board of directors, alumni board, and faculty and staff.

The positive response to the Million Dollar Challenge is already benefiting the school community. For the 2021-2022 school year, NDA is providing record amounts of tuition assistance, investing in Chromebooks for all students in grades five through eight, and welcoming students back to a refreshed campus. 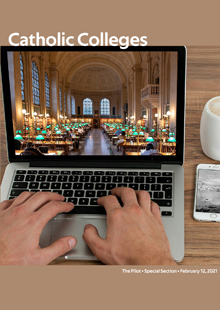