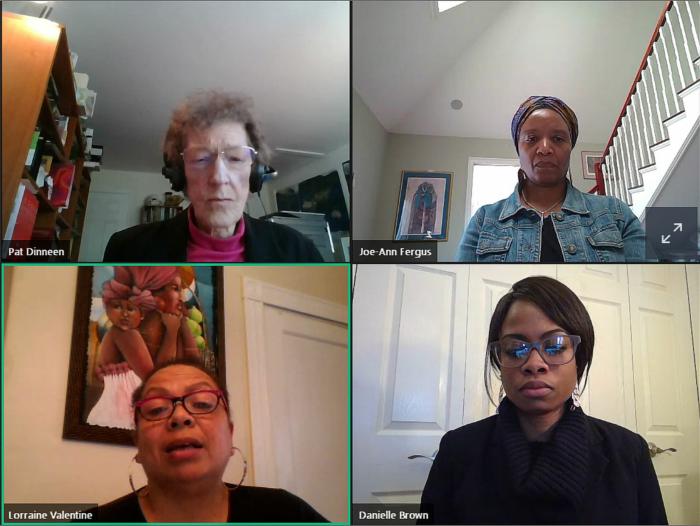 BRAINTREE -- As a follow-up to last fall's Social Justice Convocation, which focused on issues of racial justice, the Social Justice Ministry held a virtual workshop on March 13 to examine "Open Wide Our Hearts: The Enduring Call to Love -- A Pastoral Letter Against Racism," published by the U.S. Conference of Catholic Bishops.

Over 350 people registered for the webinar, which began with an opening prayer and remarks offered by Cardinal Seán P. O'Malley, a longtime supporter of the Social Justice Ministry, who has often spoken out against racism.

"To combat racism at its root, we must begin with a personal inventory, an examination of conscience, and a profound realization of how pernicious racism is," Cardinal O'Malley said in his remarks.

The workshop's keynote speaker was Danielle M. Brown, the associate director of the USCCB's Ad Hoc Committee Against Racism. Her presentation focused on "Open Wide Our Hearts," and she shared resources that the bishops' conference has developed to help parishes promote racial justice.

Brown said the bishops began working on "Open Wide Our Hearts" years before its publication in 2018, in the wake of overtly racist events, including the reappearance of nooses and swastikas in public places.

She said it was "the Lord's providence" that the letter became available just two years before the tumultuous summer of 2020, which was marked by protests over the death of George Floyd and other African Americans at the hands of police or vigilantes.

Brown explained that the letter uses the format of a Pauline exhortation. In his letters to various early Christian communities, St. Paul "would consistently identify the issue, apply Catholic teaching to the issue, and exhort the community how to move forward." This, Brown said, is what the bishops do in "Open Wide Our Hearts," which examines systems of racism and identifies particular groups impacted by those systems.

In the letter, the bishops define racist acts as "the failure to acknowledge another person as a brother or sister created in the image of God."

Brown quoted the bishops as saying, "Racism arises when -- either consciously or unconsciously -- a person holds that his or her own race or ethnicity is superior, and therefore judges persons of other races or ethnicities as inferior and unworthy of equal regard. When this conviction or attitude leads individuals or groups to exclude, ridicule, mistreat, or unjustly discriminate against persons on the basis of their race or ethnicity, it is sinful. Racist acts are sinful because they violate justice."

The bishops acknowledged that racism can be manifested institutionally "when practices or traditions are upheld that treat certain groups of people unjustly. And the cumulative effects of personal sins of racism have led to social structures of injustice and violence."

Brown pointed out the bishops' emphasis on the belief that human rights flow from being made in the image of God.

Racism, she said, "ignores this in a particular way" because it creates an obstacle between the person and their rights.

In the letter, the bishops expressed sorrow for Catholics' complicity with racism. The most notable example they give from Church history is Pope Nicholas V's apostolic permission for kings to buy and sell Africans in 1452, laying the groundwork for the African slave trade. Subsequently, many Catholic bishops and other American religious leaders failed to formally oppose slavery, and some even owned slaves themselves.

The bishops acknowledged that racism "has permeated the life of the Church," asking forgiveness from all who have been harmed by these sins in the past or present.

They also reminded the faithful that God supplies "the strength and grace necessary" for conversion and that "this invitation to conversion is for all of us," Brown said.

"The bishops remind us that we need both faithful witness and genuine conversion," she said.

The bishops called racism "a moral problem that requires a moral remedy." Brown explained that it is an issue of discipleship and evangelization since "a well-formed Christian knows their strengths and weaknesses, knows which areas of sin are particularly pernicious in their lives."

"This is one sin in a wide panoply of sins that the human person has to deal with. And it is only through the discipleship process that we can fully put our arms around this issue," Brown said.

She spoke of the criticism expressed by many people who say the bishops are not doing enough to fight racism and promote racial justice. She said this is "patently untrue."

"It's frankly an insult to the many bishops who are absolutely doing everything they can. And I think some of it speaks to the fact that we, as laypeople, don't understand what the jobs of the bishops are, and we don't understand how difficult their jobs are," she said.

What laypeople need to do, she said, is "to know our points of contact and to know where we can look to see what the bishops are saying on any given point."

Brown also spoke about the USCCB's study guide that is meant to be an extension of the letter. She recommended reading the letter in the same method as "Lectio Divina," a traditional way of reading, meditating on, and praying with a passage from Scripture.

Brown's presentation was followed by remarks from five panelists who spoke about their work to promote racial justice.

Father Scott Euvrard, pastor of the collaborative of St. Anthony Parish in Cohasset and St. Mary of the Assumption Parish in Hull, shared how his community used one of the USCCB resources cited by Brown. In February, for Black History Month, his community held an online reading of the children's book "Everyone Belongs" for children from kindergarten through grade eight and their parents.

Father Euvrard said they found the book "very helpful" since it presented not only an incident of racism but also "the courage to confront racism" and "the possibility of conversion in the face of racism."

Patrick Krisak, director of faith formation and missionary discipleship, spoke about Project Nazareth, the archdiocese's catechesis program that equips parents to have a more active role in their children's faith formation. Project Nazareth offers a four-week micro-series on different topics, including one focused on "Open Wide Our Hearts" and racial justice.

Two members of St. Katharine Drexel Parish's Social Justice Committee, co-chair Lorraine Valentine and active member Dr. Joe-Ann Fergus, talked about their parish's mission of social justice and how they have responded to the coronavirus pandemic.

Valentine said the pandemic "shed an overdue light" on racial disparities. She pointed out that Black and Hispanic people are twice as likely to die of the coronavirus as their white counterparts. She also said the low vaccination percentage for communities of color is not due to a lack of desire for the vaccine.

"These disparities became our immediate focus, and we took action," Valentine said.

Two of the Social Justice Committee members researched and compiled resources that families might need during the pandemic. This guide included resources for food, online learning, academic assistance, domestic violence, mental health, legal help, and senior assistance. They shared this guide with their parish as well as other churches in their community.

They also took steps to help people with the "troublesome" process of making appointments to receive the coronavirus vaccine. They built a survey so people could sign up for help in getting an appointment and be on a waiting list when an opportunity opened.

"We made strides during the pandemic, but problems that we've developed over four centuries can't be undone by a single task force over a series of months. It's good that the issue of health inequities and other disparities are being elevated, but we are seeing these stories repeat themselves over and over again. And once this pandemic ends, the hope is that there will be a continued interest in filling in the gap of the racial disparities, both locally and nationally," Valentine said.

The final panelist was Lorna DesRoses, evangelization consultant for ethnic communities in the archdiocese, who spoke about her work helping parishes to be more welcoming to different ethnic and cultural communities.

"This is not always easy. However, it is possible," DesRoses said.

She shared some recommendations that her team has made to parishes to help their different ethnic and cultural communities learn to work together. She suggested creating opportunities for different groups to learn about each other's experiences. She also encouraged pastors and staff to "have presence" in their parish's different communities, even if they do not speak the same language.

In closing, Patricia Dinneen, chair of the Social Justice Ministry, provided an update on her team's ongoing and upcoming work. She said they are building a bureau of speakers who can give talks in parishes, as well as a website database with contact information of parishes that have racial justice programs.

"This is not the end. The struggle goes on. And we have lots of work to do to build God's Kingdom on Earth and to unleash the full power of the Holy Spirit," Dinneen said.

Links to a recording of the workshop and a list of USCCB resources for racial justice can be found at bostoncatholic.org/health-and-social-services/social-justice-ministry. "Open Wide Our Hearts: The Enduring Call to Love -- A Pastoral Letter Against Racism" and more information about the USCCB's efforts to address racism can be found at usccb.org/committees/ad-hoc-committee-against-racism. 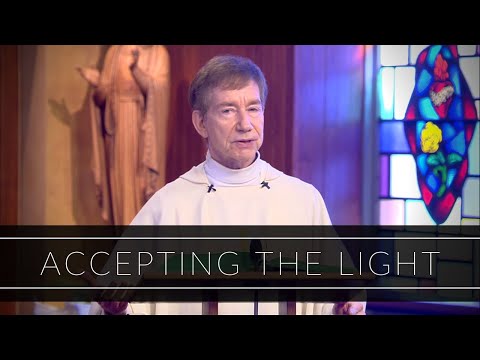