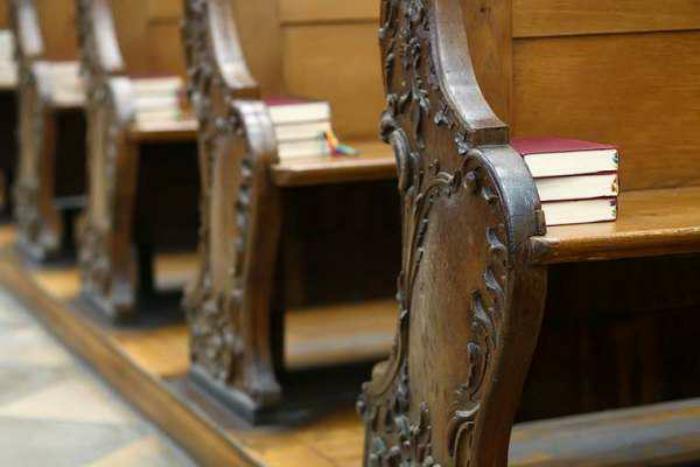 A Pew report published Sept. 10 examined the religious identities and beliefs and American teenagers and their parents. “U.S. Teens Take After Their Parents Religiously, Attend Services Together and Enjoy Family Rituals,” Pew reported, but added that the teens usually do so “at parents’ behest” and many of them privately hold different beliefs.

The statistics show that Catholic teenagers are more likely to mirror teenagers overall in their religious beliefs than are Evangelical Christian teenagers.

And Catholics are only slightly more likely than their teenage counterparts overall to believe in God “with absolute certainty” (45% to 40%), and attend religious services weekly (40% to 34%). Only four-in-ten (41%) of Catholic teenagers say it is necessary to believe in God to be moral, and 31% say that only one religion is true.

The Pew survey also confirms a growing trend of “nones,” or teenagers and young adults who are religiously-unaffiliated. One-third (32%) of teenagers surveyed are “nones,” with 6% identifying as atheist, 4% as agnostic, and 23% as “nothing in particular.”

In a presentation to the bishops at their 2019 fall meeting, Barron noted that many young people do not respond well to the Church’s teachings, especially on sex. However, they do manifest a strong sense of “social justice,” he said, and the Church should “propagate” its social teachings. He also emphasized that the Church should present the beauty in its liturgies, and “stop dumbing down the faith.”

According to the Pew report, teenagers of parents who are Evangelical Christians, Catholics, or Unaffiliated, are likely to identify as the same. However, children of parents who are part of Mainline Protestant denominations are much less likely to identify as such; they are twice as likely (24%) to be religiously-unaffiliated than are their Evangelical counterparts (12%).

Of the teenage children of Catholic parents, 81% of them identify as Catholic but 15% are religiously-unaffiliated.

However, in households where parents say religion is not important to them, their teenagers are far more likely to hold the same religious priorities. Among parents who said religion was “not too important” or “not at all important” to them, 82% of their teenage children answered the same.

Religious parents are also more likely to desire that their child have a particular accomplishment, such as going to college or being financially successful, than being raised in the same religion, Pew reported.

Religiously-affiliated parents “are more likely to place high importance on their teen being hardworking, independent or helpful to others than they are to say it is very important that their teen is raised in their religion,” the report said.

And among Christian parents, Catholic parents were more likely than their Protestant peers to say it is “very important” that their teen goes to college (83% to 66%) and is financially successful (75% to 67%).

Political affiliation of households also stands out with respect to religious practice.

“Teens whose parents identify with or lean toward the Republican Party seem to be more religiously engaged by some measures than those whose parent is a Democrat or Democratic-leaner,” Pew reported.