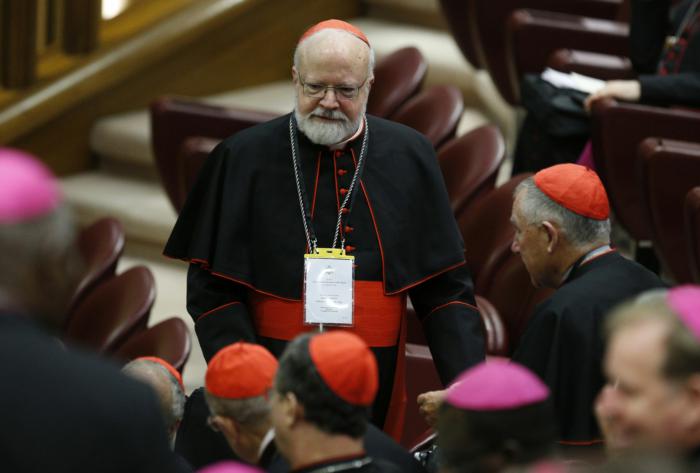 U.S. Cardinal Sean P. O'Malley, president of the Pontifical Commission for the Protection of Minors, arrives for the third day of the meeting on the protection of minors in the church at the Vatican Feb. 23, 2019. (CNS photo/Paul Haring)

Cardinal's Lenten Letter to the Archdiocese of Boston

BRAINTREE -- In a Lenten letter to the people of the archdiocese released March 8, Cardinal Seán P. O'Malley announced his decision to implement a system for reporting misconduct by a bishop or cardinal of the Archdiocese of Boston.

In his letter, the cardinal spoke of the Summit to Protect Children and Minors that took place at the Vatican in February and the impact it had on the bishops who attended.

"A dominant theme at the meeting was the need for an effective reporting mechanism when a Bishop or Cardinal has failed in his duty to protect children or has himself abused children or vulnerable adults. Although I believe an effective set of procedures will be developed by the United States Conference of Catholic Bishops, I nonetheless wish to address this need immediately for the Archdiocese of Boston," the cardinal said.

Since 2011 the archdiocese has used EthicsPoint, an anonymous, confidential web based system for reporting concerns about ethics violations or finance improprieties. In his letter, Cardinal O'Malley said the archdiocese will now also use EthicsPoint to report misconduct by a cardinal, bishop or auxiliary bishop of the Archdiocese of Boston.

The system will have website and toll-free hotline to take reports, which would then be sent to members of the cardinal's Independent Review Board. They would notify law enforcement and the apostolic nuncio of claims of abuse.

"The system will be hosted on secured servers at the EthicsPoint facility and is not connected to the Archdiocese of Boston website, intranet system or the existing EthicsPoint system currently in use. We anticipate the system being up and running soon and will provide more information at that time," Cardinal O'Malley said.

Cardinal O'Malley's decision follows a similar move by Archbishop William Lori to create a reporting system for allegations against bishops in the Archdiocese of Baltimore in January.

The full text of the cardinal's letter is available at www.thebostonpilot.com/article.asp?ID=184517