Readers of The Tablet, newspaper of the Diocese of Brooklyn, New York, now see something on the paper's website that previously was only familiar to consumers of media like NPR.

A "Support Us" tab takes viewers to a site where they are asked to sign up for a tiered subscription program that allows them to directly support the paper's operation, with additional perks available for each level of financial support.

This approach to funding a well-known Catholic newspaper like The Tablet, which has been published since 1908 and serves a population of about 1.3 million, is just one indicator of the drastic changes taking place for Catholic media in the United States.

Catholic media, like their secular counterpart, is facing a day of reckoning caused by the rapid switch from print to digital media, as well as financial challenges brought on by the COVID-19 pandemic and other factors. In both sectors, the work of professional journalists with years of experience is often being cast aside in favor of rapid-fire content created for digital consumption, often heavy on opinion without the backing of serious fact-based news.

"There are solid, reputable journalists and journalism agencies both in the secular and Catholic worlds, but right now both are struggling with the idea that somehow just because you see it on a screen, that's news or journalism," she said. "We know that is not the case."

Change has burned through the Catholic media landscape in a fierce way especially since the onset of the pandemic, when revenues at many dioceses dried up as Catholics stopped attending Mass. In 2020, there were abrupt closures of diocesan newspapers in Pittsburgh and Arizona, among others. In 2021, the casualties included The Catholic Miscellany of the Diocese of Charleston, South Carolina, at the time the oldest Catholic newspaper in the country. It has since been replaced by a magazine of the same name.

One of the biggest and most far-reaching blows came with the May announcement from the U.S. Conference of Catholic Bishops that the domestic offices of Catholic News Service would close, leaving only the Rome bureau. The CNS bureau in New York closed May 29 and operations in Washington will cease Dec. 31.

The loss of traditional print media and layoffs of Catholic journalists present a variety of concerning communication problems for the church, according to Catholic media veterans.

One of the biggest fears is that the loss of professional journalists covering Catholic issues puts the church in peril of news being reported from a skewed or incorrect perspective. Some journalists, like Osman, fear the reporting of real news is being lost as some bishops and other publishers favor turning to more tightly regulated content that skews to one particular viewpoint. Others are wary of how much can be accomplished simply through digital means.

"Social media is not journalism," said Vito Formica, executive director of news content and development for DeSales Media, the Brooklyn-based Catholic news agency whose products include The Tablet.

"It does not offer fact-checking in most cases, as well as the perspectives that reporters can bring to coverage. A two-line social media post is not going to do the work of a professional journalist," he told CNS. "A newspaper also not only reports the news as it's happening, but it compiles history and a forum for ideas."

Ed Langlois, former editor of the Catholic Sentinel, said many Catholic papers not only helped readers learn more about their faith, but also made them feel connected to the church as a whole.

"Judging from hundreds of letters from mourning readers, I decided our newspaper had been the connective tissue of the archdiocese," Langlois said. "It allowed parishes to borrow ideas and feel inspired. It helped Catholics in remote towns feel like part of the diocesan Catholic family. We still had letters to the editor, so we gave regular folks a voice. Without all that linkage, I fear the evangelizing frame of the church could fall apart."

"Content in a diocesan paper is important because you know you can trust the information you're getting, whether it's from a national source or from the bishop, a pastor, the vicar general or a diocesan staff member," Lucero said.

"Without the Catholic media," he added, "there's the chance of a lot of fake content being spread online, misinformation spread in the name of the church. Catholic publications are important to help prevent that."

According to figures from the Catholic Media Association, which serves Catholic journalists in the U.S. and Canada, Catholic newspapers, magazines and newsletters have all been in steep decline for the last fifteen years.

The same holds true for magazines: In 2006, there were 224 in the United States with almost 13.7 million in circulation. In 2020 there were 72 national and diocesan magazines with a total circulation of 4.9 million.

Changing readership habits are certainly a factor. Yet the evidence is not conclusive that Catholics are rushing to new religious media when turning from old media.

Many dioceses are taking new approaches to getting the news reported. The Archdiocese of New York, for instance, has switched to a digital newsroom that will incorporate video, audio and articles. Called The Good Newsroom, the new digital news outlet launched Nov. 28.

Many dioceses have switched from newspapers to more cost-effective monthly and bimonthly magazines that focus on catechesis and formation rather than news, many of them published by FAITH Catholic based in Lansing, Michigan.

Turning directly to the faithful for support, like The Tablet did, is another approach that might become more common, Osman said.

Established Catholic organizations also are doing what they can to make sure that Catholic media remains strong.

Our Sunday Visitor, a Catholic publisher of a weekly newspaper, books and other resources based in Huntington, Indiana, announced July 6, for instance, that it would launch a new Catholic news service Jan. 1 to fill the void created by the closure of the domestic operations of CNS.

OSV reached an agreement with the USCCB to acquire rights to the platform that CNS uses to produce and distribute its content, which will be on the same domain: Catholicnews.com.

The CMA is constantly doing what it can to provide professional development, networking opportunities and other services for its members.

"Catholic media, like media in general, is in a constant state of change right now, and we're looking for ways to better reach audiences and communities, using all the changing ways that people are gaining knowledge and consuming news," said Rob DeFrancesco, executive director of the CMA.

"Catholic journalism is vital to the future of our church because it's the central way we evangelize our communities and the most effective way we share the good news of Jesus Christ," he said. "If we won't speak for the church, then who will?" 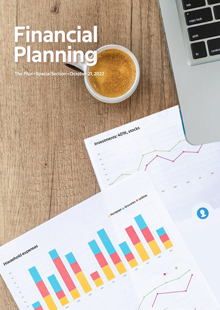