Ukrainian government says it will investigate Orthodox linked to Moscow

WATERVILLE, Maine (CNS) -- Will Sideri's bargain buy of an old document at an estate sale in Waterville turned out to be a page from a 700-year-old French Catholic missal, according to a story in The Maine Monitor, an independent news outlet.

He went to the sale "on a whim," thinking he might find a cake mixer, since "he wants to bake."

"But as the 24-year-old entered the dining room of the house, his eyes fixed on a framed page with elaborate Latin script and musical notations in gold, blue and red script," the Maine news outlet reported Sept. 18. "It looked old, like the documents he learned about in a course on medieval manuscripts he took at Colby College a few years ago."

Sideri, who works in the admissions office at Colby College in Waterville, texted a photo of the document to his former professor, Megan Cook, telling her: "I think this might be real."

"Cook, meanwhile, sent the photo to a friend and fellow academic, Lisa Fagin Davis," The Maine Monitor reported. "Within a few hours, they determined that indeed, the estate sale discovery in Waterville appeared to be an authentic leaf from what's known as The Beauvais Missal. The manuscript was written in or near Beauvais, France, in the later part of the 13th century."

Davis said that "the intact missal was once owned by William Randolph Hearst, the businessman and newspaper publisher, who sold it in 1942." Art dealers then "began removing pages of the manuscript and selling individual leaves," she explained.

"Davis, the executive director of the Medieval Academy of America, has been piecing together the scattered leaves of the missal for several years, and has written extensively about the sleuthing done by herself, other academics, collectors and dealers," the news outlet reported, adding that "so far, Davis has located 114 pages of the original 309."

Many have been found at estate sales, like the one Sideri went to, and in "old barns, basements and museums."

Davis said the writing on the framed page Sideri purchased "is part of a prayer book used by a priest for a liturgy of that time period," the Monitor reported, adding that Colby "has its own leaf from the same missal."

Sideri's find "was in the home of Colby's former director of financial aid, who died this year, and was previously owned by a couple in Pennsylvania, according to annotations that came with the leaf and Davis' research."

Editor's Note: The full story can be found on the website of in The Maine Monitor, https://www.themainemonitor.org. 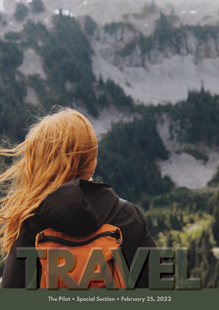