WASHINGTON (CNS) -- A former deputy secretary-general of NATO said threats from Russian President Vladimir Putin to use nuclear weapons in the war in Ukraine must be taken seriously.

She called on world leaders to deter any escalation in the conflict that would have grave consequences for the planet.

Longtime diplomat Rose Gottemoeller, who is Catholic and served with NATO from 2016 to 2019, told Catholic News Service Sept. 22 that action to deter Russia's use of tactical nuclear weapons is necessary to prevent thousands of deaths and widespread radiation contamination.

The decision to use a nuclear weapon in Ukraine would require Putin to assume such a large moral burden for the Russian federation that it could act as a deterrent itself, suggested Gottemoeller, a lecturer at the Center for International Security and Cooperation at Stanford University.

"He could be, at the end of the day, ruining his own farmland. He could be damaging infrastructure that would be so contaminated by radiation that it couldn't be used. He could be causing damage in terms of health effects on humans," said Gottemoeller, who was the lead U.S. negotiator of the 2010 New START, the last remaining nuclear arms control agreement between the U.S. and Russia.

Putin said in a nationwide televised address Sept. 21 announcing the mobilization of 300,000 reservists that his nuclear-armed country was prepared to "use all means available to us" to defend any threatened Russian territory.

The Russian military has experienced significant setbacks in recent weeks as Ukrainian forces, using advanced weapons systems provided by the United States and other countries, have retaken thousands of square miles of territory taken by the Russians in the weeks immediately after the Feb. 24 invasion.

Complicating the situation, voting was underway Sept. 23 in four Ukraine regions occupied by Russian troops on whether the areas would declare independence and then join Russia. The polling was hastily arranged and was to continue through Sept. 27.

Political analysts expect the announced outcome to show a majority of residents being in favor of annexation to Russia, which could lead Putin to determine that any attack in those regions would be considered an attack on Russia's sovereignty and that a nuclear response might follow.

"The problem is Putin is so unpredictable, and he's surrounded by this coterie who, I believe, essentially tells him pretty much what he wants to hear. So I'm not sure there's anybody around who is pushing back on him when he comes up with bad policy ideas or bad actions he wants to take," she said.

U.S. and Russian diplomats verbally sparred during a U.N. Security Council meeting Sept. 22 called by France to address the war in Ukraine.

He also called Russia's effort to annex Ukrainian territory a "dangerous escalation, as well as a repudiation of diplomacy."

Addressing the Security Council, Russian Foreign Minister Sergey Lavrov did not refer to comments about the military call-up or his country's nuclear capacity, but reiterated claims that Ukrainian officials have oppressed Russian-speaking citizens in eastern areas. Such oppression, he said, necessitated the advance of his country's troops into those regions. In addition, he said Western support for Ukraine menaces Russia.

Action by the Security Council is unlikely because Russia, as a permanent member, has veto power.

The rising tensions have raised concern from Pope Francis, within the U.S. Conference of Catholic Bishops, and among faith-based and secular observers of nuclear weapons policy.

Addressing Rome pilgrims Sept. 21, Pope Francis said the "tragic war" in Ukraine had left "some people thinking of nuclear weapons -- that madness," adding that he had been told about "the savagery, the monstrosities, the tortured corpses" currently found in "tormented Ukraine."

"The pope has been clear and helpful," Daryl Kimball, executive director of the Arms Control Association, told CNS, while calling on countries to "say that any and all nuclear threats are illegal, they're contrary to the charter of the United Nations and they must cease."

Kimball urged the international community to band together in developing a response in advance of any possible use of a nuclear weapon by Russia.

He said one possible action would be the adoption by the U.N. General Assembly of a "Uniting for Peace" resolution. Such a step can be taken when the Security Council fails to gain unanimous consent to act to maintain international peace and security. The resolution would provide U.N. members with recommendations to restore peace.

Elsewhere, Stephen Colecchi, former director of the Office of International Justice and Peace at the USCCB, expressed concern that if Russia used a nuclear weapon in or near Ukraine, that it would lower the barrier for the use of such powerful weapons in the future.

"Not since 1945 have nuclear weapons been used in war and we need to keep it that way because of the catastrophic loss of life that would be caused. The church has been clear about that for decades," Colecchi said, pointing to the call to eliminate nuclear weapons in St. John XXIII's 1963 encyclical "Pacem in Terris" ("Peace on Earth").

Putin's threat "shows the radical asymmetry that nuclear weapons provide to the nuclear powers, which is why the vast majority of the world's nations want them abolished," Colecchi told CNS. "They don't deter conflict, as we see in Ukraine right now, but they do risk escalating conflict to catastrophic levels."

Bishop David J. Malloy of Rockford, Illinois, chairman of the U.S. bishops' Committee on International Justice and Peace, expressed dismay with the Russian threat in a statement issued Sept. 23.

"As tensions grow at the U.N. General Assembly, growing rhetorical gestures threatening the use of nuclear weapons must be condemned. A nuclear war cannot be won and must never be fought," Bishop Malloy said.

"Any threat made to use nuclear weapons reminds us of their heinous nature and disastrous consequences for all of humanity. Let us continue to pray for the leaders of the world -- that the hopes and dreams we share in common for our peoples will triumph over the tempers and injustice wrought by this war in Ukraine," he said.

Observer Nick Mele, a consultant on nuclear disarmament to Pax Christi USA, said that while he was alarmed by Putin's statement, he did not expect the U.S. or NATO to undertake their own nuclear response should Russia detonate a tactical nuclear device in Ukraine.

Mele, who formerly worked for the U.S. Information Agency in East Asia and Africa, suggested that it may fall upon the leaders of China and India -- because of their close ties to Putin -- to caution him about his threat.

"They may be able to tell him he's going too far," Mele said. 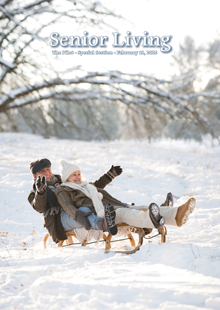