From theatrical performances and art shows to campus coffeehouses, performing and visual arts programs are flourishing at Central Catholic, enriching the school community and enabling students to pursue their passions and develop their talents.

Most recently, to further support the performing arts at CCHS, the school undertook a major renovation (over $240K) of the Allan B. Rogers Memorial Theater, which will provide an exciting, updated venue to perform, present, and come together as a campus community.

"In addition to our robust academic programs, CCHS students have a variety of options to express themselves artistically," said Mrs. Doreen Keller, principal of Central Catholic. "We're very excited to have a newly renovated theater to support our numerous performing and visual arts programs."

Theatre Guild, one of the largest and oldest student groups on campus celebrating 50 years at CCHS, isn't the only group that will be utilizing the renovated theater. Concert Choir and Band, the Jazz Band, Chamber Ensembles, Liturgical Band and Chorus, and the A Cappella group Central Harmony will also enjoy the renewed venue.

But art happens everywhere on the Central Catholic campus!

"The Arts at Central Catholic provide a fun, relaxed environment for our students -- a nice little escape from their rigorous academic schedules!" said Mrs. Lauren Roeser, a faculty member in the Fine and Performing Arts Department. "Our classes offer a safe space for students to explore their creativity with lots of opportunities to showcase their work. My favorite part about the Arts at Central is that students of all grade levels and abilities are involved. Between the courses offered and a plethora of extracurricular activities, there are so many ways for students to be involved!"

Outside of the classroom, in addition to on-stage activities, students participate in a number of activities, clubs, and performance groups, such as the Pep Band, Dance Team, Cinema Club, Art Club, Anime Club, and many more.

Also, CCHS student writers and artists showcase their work in Visions Magazine, and vocalists, poets, and other performers shine at the Visions Coffeehouses.

Student art can even be found online through the Museum of Raider Art -- a comprehensive digital area for students to display their talents. 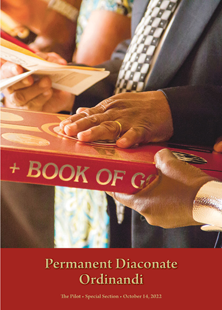