When young Daniel J. Mahoney left his home in Haverhill for St. John Seminary in Brighton to take up studies for priestly ordination as a member of the Class of 1956, he probably never imagined that save for six years in Revere and three in Wayland, he would spend the rest of his life in Boston. But he did and with a lasting impression.

On Feb. 2, 1956, Boston's Archbishop Richard J. Cushing ordained him to the priesthood at the Cathedral of the Holy Cross and gave him his first assignment as an assistant at St. Mary of the Assumption in Revere. Six years later, he was in Boston's Orient Heights section, again as an assistant, though now at St. Joseph Parish. His last assignment outside the Hub was a three-year stint also as an assistant at St. Zepherin Parish in Wayland. This would have been the most suburban of all his assignments; he may well have thought of it as rural compared to his home city and his first two assignments.

In February 1968, Cardinal Cushing appointed him as an associate at St. Francis de Sales Parish, the one atop the hill in Charlestown. Again, he likely did not expect that this would be his home for the next 54 years.

On arrival, there was the church with the golden cross, visible from many perspectives but especially from "93" and the relatively new Zakim Bridge. The parish had, in addition to the rectory, a school and convent housing the Dominican Sisters of St. Catharine, Ky., who were the faculty and a familiar sight in the area. The parish had produced vocations to that congregation of women religious as well as to the archdiocesan priesthood and religious orders of men, notably but not surpassingly to the Order of Preachers, many urged to the Dominican Friars by the Dominican Sisters.

The Hub's Fire Department, as might be expected in a large city, was and remains busy and, of course, on call 24/7. And over the years Father Dan, as his firefighters continue to call him, has likewise been on call 24/7, balancing duties for the department with those for his parish. In earlier years, he had associates or parochial vicars in the parish, and there have also been assistant chaplains, not only Roman Catholic but more recently from other denominations, including Jewish and Muslim.

The Boston Globe cited Dan for his longtime service in an article in 2014 titled ". . . A duty that never gets easier." A reference to the many, too many in his counting, of having to be present to make a notification of a death in the line of duty of a firefighter, or accompany the family to a hospital bedside for a firefighter seriously injured. But his constant presence also meant that he got to know the younger members of the department and so he was much requested as officiant at their weddings, the celebrations of their and later their grandchildren's baptisms, or on hand to wish veterans well as they entered well-earned retirement.

In later years, St. Francis de Sales became almost the cathedral of the Boston Fire Department, as many of these events were celebrated at the Church on the Hill to accommodate the advancing years of their beloved chaplain.

A familiar sight in Charlestown was Father Mahoney's chaplain's van -- bright red, festooned with all the markings of his office, probably exceeded in golden flourishes by those of the commissioner.

As the years passed, things changed in Charlestown, long-time Townies moved away while newer residents took over the area. The proximity to downtown Boston, area hospitals, and to businesses and law firms in the city and nearby in proximate bordering communities made Charlestown a highly sought after living area with real estate prices reaching levels previous residents would hardly believe.

The demographic change affected the parish and the closing of the school with the decline in school age population as well as the declining availability of the Sisters who had been the backbone of the faculty was almost inevitable.

Father Dan Mahoney however, like the golden cross atop the church, remained.

During his years, the parish observed many happy occasions, among them the 1984 125th anniversary of the parish, the April 2006 golden jubilee of Father Mahoney's ordination, and three years later, the sesquicentennial of the parish. In 2016, Father Mahoney was honored by his beloved BFD with the naming of a new fire boat "The Father Dan." He was then and until his retirement the longest serving member of the BFD and was feted at a dinner of 250 guests for the occasion and the "christening" of the boat.

Father Dan celebrated a final Mass marking his retirement from both the pastorate of St. Francis de Sales Parish and from his chief of chaplains job of the Boston Fire Department on June 5, 2022. The church was filled with members of the department and their families, both active and retired; parishioners who have only known one pastor; and friends of many years.

At 92, Father Mahoney is still determined if quite admittedly diminished by years. His connection to Charlestown remains, and in his well-earned retirement he will remain living in Charlestown. 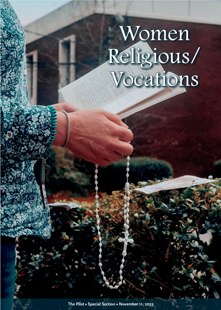