Leaving Canada, Pope Francis said it might be time to slow down as health declines

ABOARD THE PAPAL PLANE (RNS) -- On his return flight from a six-day "penitential pilgrimage" to apologize to the Indigenous people of Canada on Friday, Pope Francis spoke about his health struggles and what their implications might be for the future of his papacy.

"I don't think I can continue going on trips with the same pace I had in the past. At my age and with my limitations, I need to save energy in order to serve the Church," the pope told reporters aboard the papal plane, while being seated for the first time during the traditional inflight press conference.

"On the other hand, I might need to think about the possibility of stepping aside. It wouldn't be a catastrophe. The pope can change, that is not a problem," he added.

Francis traveled throughout the vast country July 24-29, meeting with First Nations, Metis and Inuit communities on their own lands. From Edmonton to Quebec City to the far-northern island city of Iqaluit, the pope embarked and disembarked the plane by using a lift and met with Indigenous people in his wheelchair.

Despite the obvious toll the trip had on the pontiff, he appeared lively and energetic during the press conference aboard the papal plane, addressing a wide range of issues. Speaking to journalists, the pope reflected on the pressing issues of his trip by condemning as "evil and unjust" the papal justification for colonialism in the past, enshrined through the Doctrine of Discovery. He described the forceful assimilation of Indigenous people and the attempted erasure of their culture as genocide.

"It's a genocide," Francis said, referring to the state- and Church-led practice of "taking away children, changing the culture, the mentality and the conditions and a race" of Indigenous people. The pope said he apologized and condemned the role the Church played in the administration of residential schools, which often forcibly removed children from their families and traditions.

The pope said the papal bulls that in the past provided a justification for the colonization and forceful conversion of Indigenous lands were "grievous" and suggested the Vatican is working to amend the Doctrine of Discovery. He encouraged "going back and fixing the wrong that was done" but underlined that colonization continues today in new forms of homogenization and extinction of local diversity.

As an example, Francis spoke about the persecution of Rohingya Muslims in Myanmar who "don't have citizenship rights and are considered inferior."

The papal trip to Canada focused especially on St. Anne, the grandmother of Jesus and a beloved figure in Catholic Indigenous communities. The pope underlined the important "role of women in the transmission and development of the faith."

As many women in the world fight for reproductive rights, Pope Francis weighed in on contraceptives, which were deemed "intrinsically wrong" by the Church following Paul VI's controversial 1968 encyclical Humanae Vitae, On Human Life, because they deny an openness to life.

"When dogma or morality develop it's a good thing," the pope said, before signaling some possibility of developing a revised Catholic doctrine on contraceptives, while insisting this must be done within the Church and respecting tradition. "A church that doesn't develop its thinking in an ecclesial sense is a church that goes backward," he added.

He pointed to recent changes in Catholic teaching concerning the death penalty and the possession of nuclear weapons, which were once widely accepted within the Church and later deemed "immoral" by Pope Francis.

The Vatican think tank on bioethics, the Pontifical Academy for Life, recently published a book where some theologians argued in favor of developing the Church's teaching on contraceptives. Archival recordings show that Pope John Paul I had reservations regarding a total ban on artificial birth control.

"One cannot do theology with a 'no' in front of them," the pope said, adding that "theological development must be open, because that's what it's for, and the magisterium serves to understand the limitations."

He described as a "sin" the tendency of some "backwardists" who, while claiming to follow tradition, end up sustaining a "dead faith." While encouraging the development of Catholic docrine, Francis said it must be done in line with tradition and with the Church as a whole as enshrined by the early Christian monk Vincent of Lerins.

The pope also addressed a recent Vatican letter that pulled the brakes on a summit of bishops and lay faithful in Germany, which among other things was advocating for changes in Catholic teaching to be more welcoming toward LGBTQ couples and women. Francis said the letter was an "office mistake" because it was meant to be signed by the Vatican secretariat of state and that he already said all he meant to say about the German synodal assembly in a 2021 letter.

Francis described his trip to Canada "as a bit of a test" to understand what future papal visits might be like. He said the effects of the anesthesia he underwent for his intestinal operation in July of last year led to a slow recovery. But the pope said he still intends to visit the embattled city of Kyiv in Ukraine once the logistics are determined.

He also said he is willing to go to Kazakhstan for an interreligious conference where Russian Orthodox Patriarch Kirill is scheduled to attend, adding that "it would be a tranquil trip with little movement."

He said he wishes to visit the African countries of South Sudan and the Republic of Congo, since he had to cancel his scheduled trip in early July due to his knee pain.

The pope spoke about the papacy as a "work, a function and a service" and did not exclude that God might one day ask him to retire.

"As a hypothesis, if the Lord tells me something, I must discern what the Lord wants, and it might be that the Lord wants me to take a step back," he said. The pope's decision to host a gathering of cardinals, or consistory, at the Vatican in the unusual month of August has spurred rumors Francis might be paving the road for the next pope.

Asked about what he would like to see in his successor, Francis said it's best to leave the decision to "the work of the Holy Spirit." 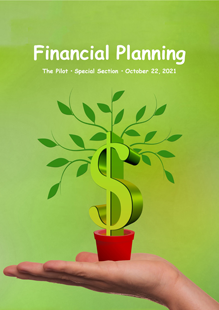