The publication of a leaked draft opinion in a pivotal Supreme Court abortion case on May 2 triggered a wave of protests by supporters of legalized abortion and acts of vandalism and violence targeting Catholic churches and pro-life organizations.

The draft opinion suggested that a conservative majority on the court is poised to overturn the landmark 1973 Roe v. Wade decision that legalized abortion nationwide.

Here is a compilation of reported incidents since May 2, by state:

The 10 a.m. Mass on May 8 at the Cathedral of Our Lady of the Angels in Los Angeles was disrupted just before Communion by female protesters dressed in red gowns and large white hats. They were escorted from the church. The women shouted and unfurled a banner but were quickly escorted away, allowing the Mass to resume.

St. John XXIII parish in Fort Collins, about an hour north of Denver, was tagged with graffiti in the early morning of May 7, police said. "My Body My Choice" and a symbol that appears to be an "A" signifying "anarchy" were written on the church's exterior. Some exterior glass panels at the church also were broken.

The look and style of the graffiti appears similar to that which appeared on a Catholic church building in nearby Boulder a few days prior. Sacred Heart of Mary Parish was defaced with pro-abortion slogans the evening of May 3, marking the second time in less than a year that the parish has been targeted with graffiti of this sort.

About 100 protesters marched from the home of Associate Justice Brett Kavanaugh to that of Chief Justice John Roberts, both in the Chevy Chase area, the evening of May 7. Demonstrators yelled "If you take away our choices, we will riot," and "The whole world is watching."

Pro-abortion demonstrators rallied on May 7 outside the the Basilica of Saint Patrick's Old Cathedral (better known as "Old St. Pat's") in Lower Manhattan. The protest disrupted a monthly pro-life procession from the church to a nearby Planned Parenthood abortion clinic. A Franciscan friar was heckled, and a woman dressed in a bathing suit stuffed to simulate pregnancy danced in front of the church and crudely pretended to abort baby dolls.

The church's pastor, Father Brian Graebe, later told Fox News, "We have received a number of threats to bomb the church, burn it down."

Oregon Right to Life reported that on the evening of May 8 Molotov cocktails were thrown at the organization's offices in Keizer, igniting a small fire. The fire was quickly put out and no one was hurt.

The tabernacle was stolen overnight from St. Bartholomew the Apostle Catholic Church in Katy, the pastor reported May 9.

On May 8, graffiti saying "Pro-choice is pro-life" was spray-painted on the front and side doors of Holy Rosary Catholic Church in Houston.

A pro-life pregnancy center in Denton called the Loreto House was vandalized over Mother's Day weekend. Messages saying "Not a clinic" and "Forced abortion is murder" were left on the center's street sign, walls, and doors.

First Care Women's Health, a pro-life pregnancy resource center in Manassas, was vandalized on the night of May 8-9. "ABORTION IS A RIGHT," and "LIARS" was written in black spray paint on the building's exterior.

Outside the Alexandria home of Justice Samuel Alito, who authored the leaked draft opinion, protesters from Shut Down DC chanted May 9 "abort the court."

A fire was set at the headquarters of Wisconsin Family Action, a pro-life advocacy group, in Madison on May 8. Police said a Molotov cocktail was thrown at the building but did not ignite, but another fire was set. The building was unoccupied at the time and no one was hurt. outside of the building also sprayed with graffiti depicting an anarchy symbol, a coded anti-police slogan and the phrase, "If abortions aren't safe then you aren't either." 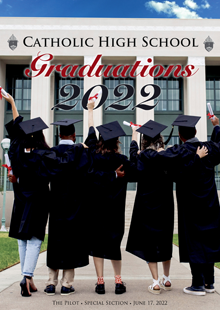