BOSTON (CNS) -- The Archdiocese of Boston is implementing a reporting system to handle confidential and anonymous reporting of misconduct by high-ranking church officials, including cardinals and bishops.

Boston Cardinal Sean P. O'Malley announced in a Lenten message March 8 following the Vatican's February summit to protect children and minors that the third-party EthicsPoint reporting system would begin "soon" to accept reports of misconduct related to the sexual abuse of children and vulnerable adults.

The internet-based system, the cardinal said, would be separate from the archdiocesan website, its intranet system and the existing EthicsPoint program that has been used since 2011 to accept reports of potential ethics violations, financial improprieties and other violations of the archdiocese's code of conduct related to financial matters.

Cardinal O'Malley said his decision to expand the EthicsPoint reporting system followed the Vatican summit on child protection and the clerical sexual abuse crisis Feb. 21-24. The cardinal attended the summit as president of the Pontifical Commission for the Protection of Minors.

He said the summit further impressed on him the "need for an effective reporting mechanism when a bishop or cardinal has failed in his duty to protect children or has himself abused children or vulnerable adults."

Under the system, allegations of sexual abuse against high-ranking church leaders would be forwarded to the archdiocese's Review Board, which "will be charged to immediately notify law enforcement ... as well as the apostolic nuncio" in Washington, Cardinal O'Malley said.

The process the cardinal described is similar to a proposal that was discussed during the November general assembly of the U.S. Conference of Catholic Bishops. However, proposals that had been developed by conference leaders to address misconduct by bishops and cardinals were tabled pending the February summit at the request of the Vatican.

Cardinal O'Malley described hearing from abuse survivors during the four-day summit as the gathering's "the most powerful moments."

"This confirmed my own experience. The way forward for the church is to hold as a priority the voices and experience of survivors, to keep them close to every step we take and make all possible efforts to provide the means for them to be heard," the cardinal wrote.

He also pledged that the Boston Archdiocese would continue to provide pastoral care and counseling for survivors.

"The crisis of sexual abuse by clergy is the greatest failure of the church in my lifetime," the cardinal said of the more than 26 years he has been involved in responding to the clergy sexual abuse. "It has eroded our moral authority, it endangers our pastoral, social and educational ministry, but worst of all, it devastates children and families."

He also repeated a call for transparency in dealing with clergy sexual abuse.

"As we strive to live this season with renewed seriousness and commitment, we pray and work for renewal in the life of the church. We are firmly committed to zero tolerance, transparency and accountability, at all times holding survivors as the priority, always being vigilant to do all possible to prevent any harm to children," he concluded.

He described the gathering as an "important initiative" that will resonate around the world as bishops' conference presidents report back to clergy in their respective countries and adopt "concrete measures ... to deal with the issue of clerical abuse of minors in their own cultural context."

Cardinal Levada, who served as prefect of the Vatican's Congregation for the Doctrine of the Faith, wrote that the office had written in 2011 to all 112 bishops' conferences asking for a copy of protocols on dealing with clergy sexual abuse.

He said that while his seven-year term as prefect ended in 2012, he had been told that all but six conferences complied, with those six being in war-torn countries with minimal resources.

As a follow-up to the recent summit, Cardinal Levada suggested to Pope Francis that a review of the protocols take place during "ad limina" visits by the bishops that occur every five years at the Vatican.

"Such meetings during the ad limina visits would ensure an accountability on the part of both the bishops' conferences and the local churches, in a forum that would also guarantee that the best practices of the conferences that have been dealing with this issue could be broadly shared," he said.

The cardinal also took on some victims' advocates and segments of the news media for its reporting on the summit and the issue of clergy sexual abuse overall, writing that some news outlets had "bought into a kind of amnesia about concrete steps already taken in countries" such as the United States.

He cited the adoption in 2002 by the USCCB of the "Charter for the Protection of Children and Young People" as a positive development. He pointed to "The Causes and Context of Sexual Abuse of Minors by Catholic Priests in the United States, 1950-2010" report on abuse by the John Jay College of Criminal Justice that showed clergy abuse peaked in the 1970s and 1980s.

He cited the critical analysis of the grand jury report by retired journalist Peter Steinfels and called on news media to end its bias when reporting on clergy sexual abuse without a thorough review of the Pennsylvania study.

Steinfels' analysis found that while the allegations of abuse by more than 300 priests in six Pennsylvania dioceses are heinous, the findings that victims were "brushed aside" by church officials is "grossly misleading, irresponsible, inaccurate and unjust."

The actions taken thus far do not "mean that we American bishops can rest on our laurels," Cardinal Levada concluded. "Helping victims of sexual abuse is an ongoing responsibility. Making that bishops are held accountable for their own personal behavior and for overseeing the processes set in place by the charter is on the current agenda of the (U.S. bishops') conference."

"And helping to heal the wounds in the body of Christ, caused by these sins and crimes of sexual abuse," he said, "must continue to be part of our spiritual course of action for the future." 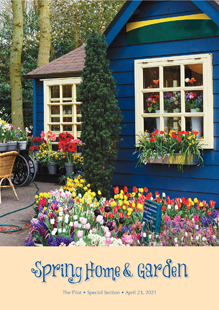