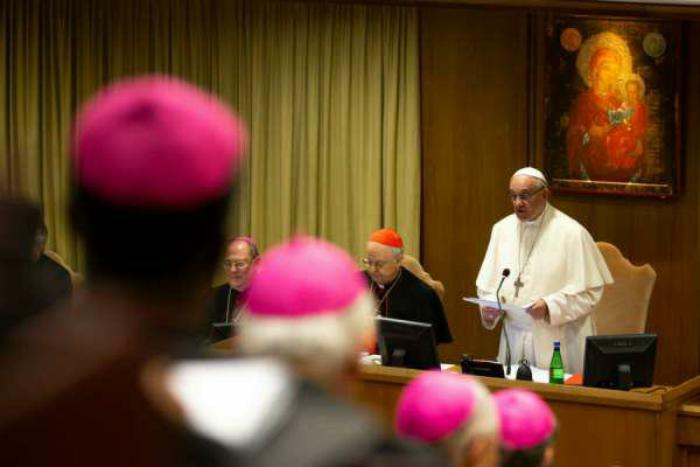 The new norms introduce a mandatory reporting requirement for curial officials and employees who become aware of – or even suspect – a case of sexual abuse. But the most eye-catching change made by the pope was a redefinition of who can be a victim of sexual abuse.

Canon and Vatican City law obviously focus on the sexual abuse of minors. But in that same legal category is the abuse of “vulnerable” adults. How “vulnerable” adults are defined in law has been hotly contested in recent discussions of scandal and reform in the Church.

The new laws define a vulnerable person very broadly, including anyone “in an infirm state, of physical or mental deficiency, or deprivation of personal freedom, that in fact, even occasionally, limits their capacity to intend or to want or in any way to resist the offense.”

This represents a radical expansion of the definition currently being used by the Congregation for the Doctrine of the Faith as it handles cases from dioceses around the world, in which a “vulnerable” is one who “habitually lacks the use of reason.”

The new formulation is notable for a number of reasons.

The first, and most obvious, is that it includes a range of cases not previously covered by the Church’s law. Coercive sexual relationships between, for example, bishops and seminarians have featured much in the debate over recent scandals, most notably following the revelations about former archbishop Theodore McCarrick.

The extent to which superiors can be said to be “abusing” those under their authority, even if the relationship is between adults, has been a flashpoint in proposals for reform.

During the November meeting of the USCCB last year, Cardinal O’Malley took to the floor of the conference to insist that exactly this kind of broader definition be adopted.

“I wonder if now is not the time to change the definition of vulnerable adult which we have been using in canon law,” the cardinal, who leads the Pontifical Commission for the Protection of Minors, told the bishops.

“I think we need to extend [the definition of vulnerable] to adults who can be the victims of abuse of power.”

O’Malley’s call was echoed by prominent advocates for abuse victims including Marie Collins, herself a victim of clerical abuse and a former member of the Pontifical Commission for the Protection of Minors.

In December 2018, Collins told CNA that “the definition of vulnerable adult should be updated in canon law not just to include power differential but also how people can be vulnerable due to factors other than lack of reason.”

This proposal has not previously met with total agreement. Chicago Cardinal Blase Cupich noted in Baltimore that many problematic situations involving clerical sexual misconduct were not analogous to child sexual abuse and, while they needed to be dealt with, should be kept apart from the most serious kinds of abuse.

“I would strongly urge that they be separate [in the way they are handled] because it’s a different discipline,” Cupich told the U.S. bishops.

“In some of the cases with adults involving clerics it could be consensual sex, anonymous [sex], but also involving adult pornography. There is a whole different set of circumstances that need to come into play here as it is examined, and a whole different skill set as well.”

Collins made a similar observation to CNA, noting that “it would be totally wrong in my view to treat incidents of priests indulging in sexual activity with other adults where there is no abuse of power, alongside cases where there is vulnerability involved.”

“One is a moral question involving breach of vows,” Collins said, “the other is an abuse issue where harm has been caused to the other.”

The new working definition approved by the pope Friday appears very broadly drawn, with vulnerability covering anyone who “even occasionally” has a limit on their ability to “intend or to want or in any way to resist” the sexual contact.

When this expanded definition is placed within the context of clericalism, often cited as a major contributing factor to clerical sexual abuse, many canonists privately note it would be hard to conceive of a sexual relationship involving a priest which couldn’t be argued to rise to the level of abusive.

For the moment, the new definition only applies to the Vatican City State and Roman Curia. But ahead of last month’s global summit on sexual abuse convened by the pope, Vatican spokesmen noted that the real work of effecting reform would come not from the meeting itself, but during the follow-up to it.

With investigations currently open into allegations of sexual misconduct in a number of seminaries in the United States, including in Boston, Philadelphia, and Newark, a revised definition of “vulnerable” adult in those cases could open wide a new front in the Church’s drive to eliminate sexual abuse.