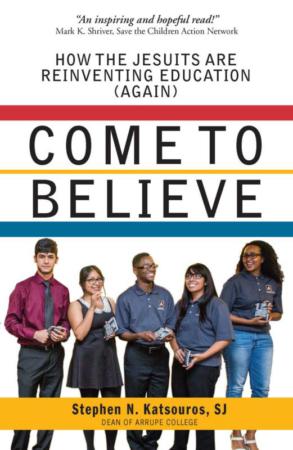 This is the cover of "Come to Believe: How the Jesuits Are Reinventing Education (Again)." The book is reviewed by Kathleen Finley. (CNS)

"Come to Believe: How the Jesuits Are Reinventing Education (Again) -- Inside the First Year of the New Arrupe College" by Stephen Katsouros, SJ. Orbis Books (Maryknoll, New York, 2017). 224 pp., $24.

It is rare these days to be able to take a peek at the beginning of an institution of higher learning, especially one founded with a pastoral perspective; the reader has that privilege in "Come to Believe."

In his title, Jesuit Father Stephen Katsouros not only references the process of growing in faith that the disciples of Jesus experience in the Gospels but also, as he explains, the process of watching young people from disadvantaged backgrounds gradually coming to believe in themselves and that they actually belong in a college setting, specifically the two-year college within Loyola University Chicago that readers see taking shape here. (The "again" in the title refers to the way Jesuit education helped reshape middle schools with the Nativity model in the 1970s and Cristo Rey secondary schools in the 1990s.)

Not only does Father Katsouros, dean and executive director of Arrupe College, bring good administrative skills to this task -- setting up an excellent team, having clear expectations, hiring a quality faculty -- but he also continues to reflect on Gospel values and perspectives as he preaches in a local parish on the weekends.

In the face of significant challenges and needs, especially in Chicago -- where only 57 percent of African-American males graduate from high school and only 17 percent of students graduate from the city colleges in two years -- Arrupe has focused on being achievable, accessible and affordable, and it has so far had a retention rate from one year to the next of 82 percent.

This has meant a huge amount of effort on the part of the team at Arrupe in fundraising and other support activities -- and a lot of learning from the students. At one point in a program with a similar student population Father Katsouros asked a writing class to speculate about where they would be as a group in 20 years and was asked by one of the students what if you think you won't be alive 20 years from now. He told that student to pretend, realizing that the students' world was more than he could imagine at times.

In the first year alone at Arrupe, two students had parents deported, three lost family members and close friends to gun violence, four had babies, five experienced homelessness, and more than 30 struggled with immigration issues; many experienced food insecurity and were affected by the spike in violence in Chicago.

In "Come to Believe," we see the struggles as well as the successes of trying to help a population that is almost all the first generation in their families to be in a college setting to really feel like they belong there and trying to provide support for them, including far more financial aid than most college students would have or need. At one point Father Katsouros talks about his gradual wisdom, one based on process and on watching the Spirit at work in an undertaking that is far more than just his efforts.

Perhaps what Father Katsouros is doing with higher education and its accessibility is comparable to what fellow Jesuit Greg Boyle has undertaken in Homeboy Industries, the largest gang intervention and rehabilitation program in the country; both give new hope to underprivileged populations that seem to have been left behind in the widening gap between the haves and have-nots.

Finley is the author of several books on practical spirituality, including "The Liturgy of Motherhood: Moments of Grace" and "Savoring God" Praying With All Our Senses," and formerly taught in the religious studies department at Gonzaga University for many years. 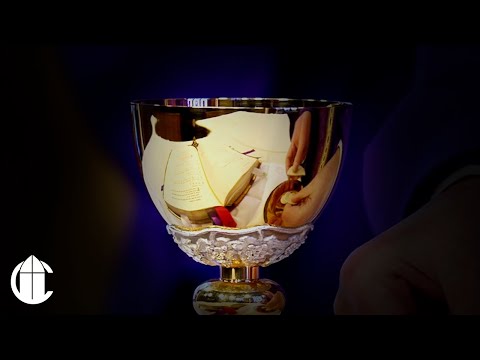