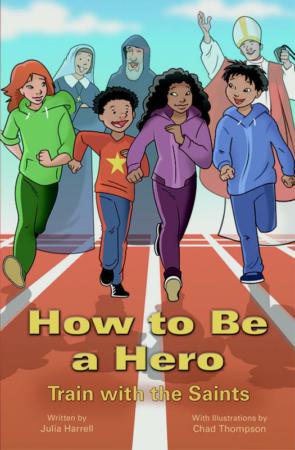 This is the cover of "How to Be a Hero: Train with the Saints" by Julia Harrell. The book is reviewed by Regina Lordan. (CNS)

The following books are suitable for summer reading:

This summer elementary-school readers can take a timeout from preparing for the next grade or athletic event, and train to become a saint by using the virtues as a guide. Organized by mini-biographies, reflections and questions, "How to be a Hero" explores the virtuous lives of St. John Paul II, St. Josephine Bakhita and St. Charbel Makhlouf among many others. The book includes discussions on the cardinal, theological and "little" virtues, and can be read daily or weekly as a part of a summer religious curriculum. Ages 9-11.

Rarely does a book so beautifully capture with images and prose the majesty that is God's creation of nature. "The Blue Hour" journeys through dusk when all is still and quiet. Animals of all shades of blue are cloaked in the blue shade of night as they creep through forests, climb amid trees and dive into the ocean. The illustrations are stunning, and the language is calming. The animals featured, such as the blue-tailed damselfly, indigo bunting and blue racer snake, highlight the gorgeous shades of just one color that appear in nature. Ages 4-8.

This sweetly illustrated book tells young readers about the story of Our Lady of Fatima and the three young children who, unbeknown to them at the time, radically inspired many in their devotion to Mary. As told in the book, a sister, brother and cousin were shepherding their flock of sheep when an angel appeared to them. Then, on May 13, 1917, Mary appeared to the children for the first of several times. A timely read, "Mary and The Little Shepherd of Fatima" honors of the 100th anniversary of the Marian apparitions in Fatima. In May, Pope Francis visited the Portuguese city and declared as saints Francisco Marto and Jacinta Marto, both of whom had died from illnesses as young children. Ages 5-8.

How did a Muslim carpenter from a small town in Bosnia and Herzegovina come to make the chair for the papal Mass during Pope Francis' visit there in 2015? A brave idea, a skilled worker and more than 2,000 hours of hard work led to a collaborative masterpiece. Written from the perspective of Salim Hajderovac, the cheerful and humble carpenter, this book is a wonderful story about interreligious teamwork. Working closely with his good friend the local parish priest, Hajderovac's brazen idea came to fruition. Within the context of a true story, children will learn a few basic truths about Catholicism and Islam. Ages 6-10.

"I Like, I Don't Like" by Anna Baccelliere, illustrated by Alessandro Lewis and Alessandra Panzeri. Eerdmans Books for Young Readers (Grand Rapids, Michigan, 2017). 28 pp., $16.

Topics such as child labor, poverty and slavery are not readily addressed in children's literature or easily discussed, but they are a part of the church's teachings and work for social justice. "I Like, I Don't Like" uses two strikingly different perspectives on the same object to show how children from the same world face very different realities. Told in images and only a few words, the book shows how one child plays freely with a soccer ball while another distressingly sews the balls together. On another page, a child leisurely stretches out on a rug while another child weaves a rug together. An astute child with guidance from an adult can use this book to open up discussions about solidarity and compassion. Ages 5-9.

Pamela Love retells the legend of St. Brigid in this brightly illustrated hardcover book. As a young servant girl, St. Brigid heard St. Patrick, then just a local bishop, preach about Jesus feeding an entire crowd with just a young boy's lunch. Inspired by the boy's generosity but with no substantive food to share herself, St. Brigid gave all that she had to a poor woman. As the legend goes, God blessed St. Brigid's selfless generosity by giving her two heaping bowls of butter. For young lads also interested in Irish legends and saints, "Patrick and the Fire" by Cornelia Mary Bilinsky and illustrated by Maggie Coburn, also by Pauline Books and Media, is a short story about St. Patrick's explanation of the Holy Trinity to a king. Ages 4-8.

Colorfully illustrated by award-winning fine artist Ekua Holmes, this book celebrates 20 poets with works inspired by the poets' unique styles. "Out of Wonder" highlights legendary writers including Robert Frost, Rumi and Emily Dickinson as well as contemporary poets, such as Terrance Hayes and Judith Wright. The book is a treasure of inspiration, art and wonder to educate and inspire children to write poetry. A brave undertaking masterfully achieved, Alexander and his colleagues successfully pair poetry with beautiful artwork while teaching the reader about the poets themselves. All aspiring poets, young and old, should add this one to their bookshelves. Ages 7 and up.

Reminiscent of the tender Precious Moments dolls, the illustrations in this sturdy and sweet board book for young children are darling. Gentle pictures and simple narration cover the story of Jesus, from the Angel Gabriel's visit to Mary through Jesus' ministry, death and resurrection to Pentecost. Ages 1-3.

Thomas was a little bit different. Energetic and typically untypical, Thomas would interview his pet goat and line up blocks one after the other after the other. But one day Thomas did something stranger than usual. He showed up for dinner with a suitcase in hand and declared that he was going to the kingdom of heaven. What Thomas packed inside was a loving and generous expression of faith that will leave an impression on readers. The main character is influenced by the everyday experiences that author Jane G. Meyer has as the mother of a child with high-functioning autism. "The Suitcase" was published in April for National Autism Awareness Month. Ages 7-9.

Lordan, a mother of three, has master's degrees in education and political science and is a former assistant international editor of Catholic News Service. 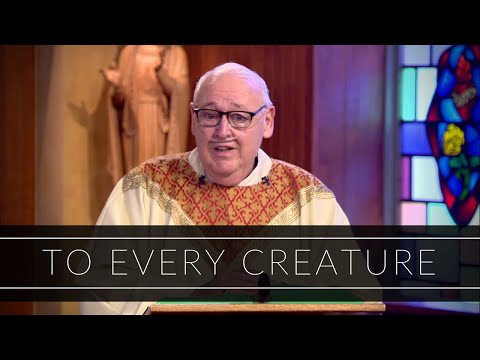