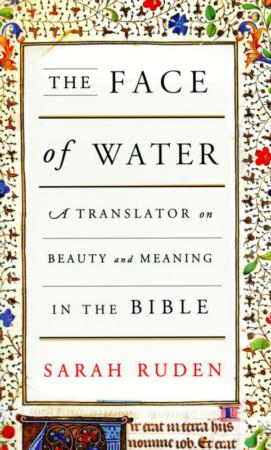 This is the cover of "The Face of Water: A Translator on Beauty and Meaning in the Bible" by Sarah Ruden. The book is reviewed by Brian Welter. (CNS)

Throughout "The Face of Water," Sarah Ruden brings her translator's expertise in the languages and cultures of the ancient Mediterranean world to discuss the Bible. She shows how for ancient literature "form and content are inseparable, and equally important."

This stems from the oral nature of ancient literature, where it was publicly performed or read out loud. It also stems from the much narrower range of vocabulary: Ancient Hebrew and New Testament Greek (also called "Koine Greek") had far fewer words than modern English, so each word had to do more work.

The author's obvious love for her subject matter and for teaching makes the book interesting, though given the detail-oriented nature of the topic the prose can occasionally become dry. The author minimizes this by bringing up anecdotes from her own life and by avoiding footnotes and meandering academic discussions.

Her deep respect for the Bible doesn't turn her into a fundamentalist. She shows how Scripture needs to be read at different levels, sometimes literally, sometimes figuratively, and that the clues for how to read a given section are found in the passage or book itself.

The discussion of the Book of Jonah is particularly memorable, as Ruden outlines the form-content association. She calls Jonah a "spoof of prophetic adventures," where "everybody seems more ready for a relationship with God than does the prophet himself."

As with the other chapters, she twins an Old Testament writing with a New Testament one. In the same chapter, which is on humor in the Bible, she characterizes St. Paul as "a bitterly witty writer who deserves less timid, more accurate representation of his sallies."

The author does get scholarly on many occasions, as with literary terms such as "prolepsis," "antithesis," "paraprosdokia" and "polysyndeton," but, again, these terms are offered more as clearly explained asides that do not lose the reader in academic jargon.

When discussing Romans 8, she explains a literary term without going off target: "The passage is rich in the rhetorical question, that audience-involving device." She notes that Paul's rhetorical question "What shall we then say to these things?" is common in ancient Greek writing, again introducing a literary term without going off target: "This is technically 'aporia,' a feigned expression of doubt. The speaker pretends that he doesn't know where he's headed, and ideally he dramatizes an outreach to his listeners at the same time: they're supposed to sense the correct train of thought as well as he does."

Such discussions show the wealth of literary devices found in the Bible. The fundamentalist reduction of the Bible to a template for Christian ethics and doctrine has taken the mystery and enjoyment out of reading it. The poet and translator Ruden attempts to reintroduce this. Reading "The Face of Water," in fact, seems like an introduction to the Bible for the first time.

Despite all this fun, aside from the literary terms, the book is a serious scholarly endeavor, as Ruden informs us about ancient Hebrew and New Testament Greek. The characteristics of these languages are deeply important to meaning.

Regarding Hebrew, Ruden notes: "The stark centrality of verbs ... keeps heavy emphasis on the deployment of power. Leaders, especially, do what they want; moment by moment, they choose. Hebrew Bible narratives about them tend even to be free from notions of inborn character or immutable fate or rhetorical weighing of alternatives, as in classical literature." Much is lost in translation, Ruden seems to be arguing.

Many of the scriptural translations that the author provides are not meant to be read for enjoyment. She shows a passage's many possibilities in English, perhaps to highlight the inexact science of translation.

Ruden is not just a wordsmith. She frequently points out a certain passage's theological importance, especially in reference to the cultural and linguistic background. For example, ancient Israel's theology limited royal power: "A political leader, no matter how powerful, was never the ultimate authority, never regarded as a god-king."

Given these strengths, one hopes "The Face of Water" will provide readers with a new appreciation of the Bible. 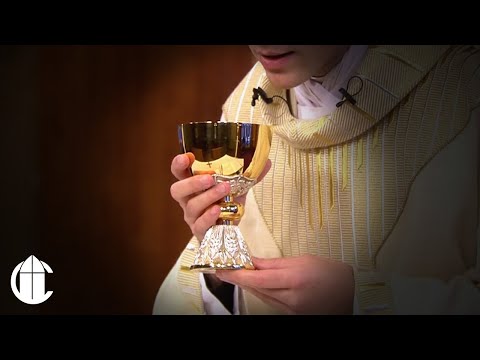