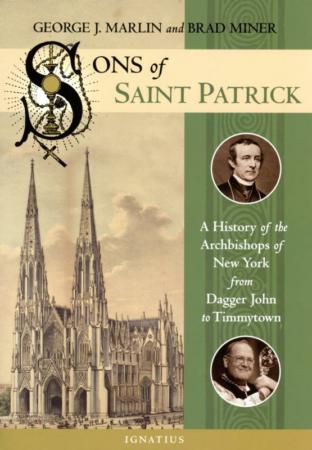 This is the cover of "Sons of St. Patrick: A History of the Archbishops of New York from Dragger John to Timmytown" by George J. Marlin and Brad Miner. The book is reviewed by Eugene J. Fisher. (CNS)

This highly readable book, as the subtitle indicates, narrates the stories of the 10 archbishops of New York, all Irish, from John Hughes (1850-1864) to Timothy Dolan (2009 to the present), and including John McCloskey, Michael Corrigan, John Farley, Patrick Hayes, Francis Spellman, Terence Cooke, John O'Connor and Edward Egan. The volume has a picture of each, extensive footnotes and a helpful index.

Given the fact that New York had become by early 20th century the largest city in the country and that much of the increase in population was because of Catholic immigrants, especially from Ireland, this book yields insights on not just New York Catholic history but on American Catholic history as a whole.

The volume describes the discrimination against Catholics by WASPs (white Anglo-Saxon Protestants) against the Irish. It could have put this in better perspective by noting the similar persecution of other Catholics, such as the Italians and Poles, and especially of Jews, who also formed a large part of the population and development of the city of New York.

"Sons" presents the Vatican's growing concern that the church in America might, by taking on a more "democratic" form of self-organization, break away from its adherence and obedience to the popes. Those concerns led to the papal condemnations of "modernism" and "Americanism," neither of which actually existed in this country in the form condemned by Rome.

The book at this point might have taken the Vatican's reaction to the French Revolution into account. The French Revolution actually involved serious attacks on the church of France, including large-scale burning of churches, monasteries and convents. Of critical significance was the loss of the papal states. This made the Vatican understandably leery of "revolutionary" ideas, such as the separation of church and state, that the American church embraced. The archbishops did exemplary work to protect the interests of Catholics and others in education, health care and social welfare for the needy.

Gradually, and helpfully, the Vatican began to rely on the archbishops (ultimately cardinals) of New York to understand and manage the "new" church in the New World. Likewise, the archbishops and cardinals assumed the authority to approach and work with New York political figures, many of them Catholics, for mutually beneficial causes.

The authors are historians and in my opinion should have ended their book on an historical note rather than continuing into the present by narrating the still ongoing leadership of the current cardinal-archbishop of New York, Cardinal Timothy Dolan. I share the authors' respect for Cardinal Dolan and would also give him high marks for his leadership. Still, historians should deal with history, not slide into contemporary events. Their own personal political views often take center stage and they treat a number of New York Catholic political leaders unnecessarily negatively, allowing their personal emotions to take over.

With this caveat, I would highly recommend this book to anyone interested in American Catholic history. 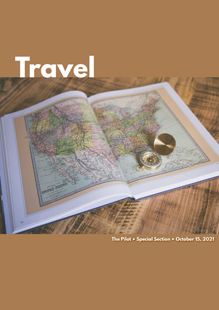