The news is filled with recent reports of adults exploiting minors.

Florida Republican Rep. Mark Foley resigned Sept. 29 after inappropriate electronic messages to a Congressional page were made public. Subsequently, more sexually explicit messages from the ex-congressman and a pattern of improper behavior with young men have arisen.

In Massachusetts, former city councilor David Scondras was arrested Oct. 9 after he arranged to meet someone he thought was a 15-year-old boy through the Internet. However, upon arriving at the pre-arranged meeting spot, he discovered the person behind the online identity was not a youth but a police officer. Scondras, who was reelected five times between 1983 and 1993, was an advocate for civil liberties and a Democratic activist.

Beyond the political arena, in the last few months several teachers in Massachusetts, otherwise highly respected in their local communities, have also been accused of engaging in sexual relations with minors.

The current scandals show how deep this problem runs in our society. Abusers do not belong to a particular ideology or religious creed, but will imbed themselves in any institution that provides cover for their reprehensible behavior.

Sexual abuse of minors remains a societal plague. We in the Catholic Church have painfully learned the terrible consequences this behavior has on the lives of the victims. In many instances the abuse sets the victims’ lives on a downward spiral leading to drug abuse, homosexual behavior and depression, ultimately resulting in prison, and even suicide.

Society at large must strive to uproot this scourge of sexual abuse of minors and build a society in which minors may be respected and allowed to grow into adulthood unharmed. 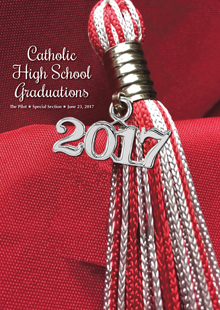