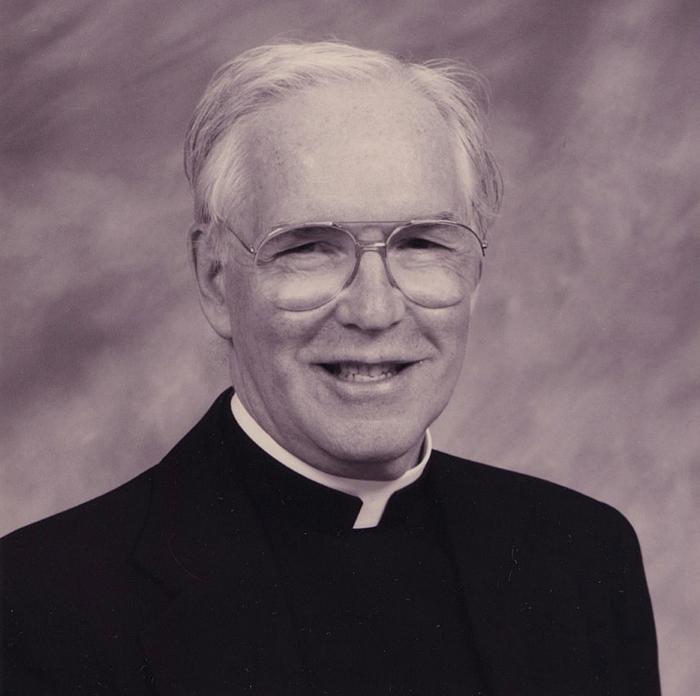 A Beverly native and a son there of St. Mary Star of the Sea Parish, died on Oct. 18, 2019, at Kaplan Family Hospice, Danvers. Born on May 20, 1931, he was the son of the late Doctor Benjamin and Mary (Burke) Lizio, he was raised in a strongly Catholic home; his maternal uncle, Father Richard Burke was a priest of the archdiocese, who influenced Father Lizio's vocational choice.

He attended St. Mary Star of the Sea School and St. John Preparatory School, Danvers, Class of 1949, prior to enrolling at the College of the Holy Cross, Worcester, from which he entered St. John Seminary, Brighton, as a member of the class of 1957. In addition to the priests of his home parish, he acknowledged the influence of the Sisters of Notre Dame de Namur, the Xaverian Brothers, and the Jesuits on his vocations choice.

Archbishop Richard Cushing ordained him to the priesthood at Holy Cross Cathedral on Feb. 2, 1957. The archbishop gave him the first of what would eventually be five parish assignments in the course of his active priestly ministry -- as an assistant at St. Theresa of Lisieux, North Reading (1957-1966). He was named an associate at St. Stephen Parish in Boston's North End (1966-1969); and then as an associate at St. Bernard Parish in Concord, where he also served as the chaplain of Rose Hawthorne School (1969-1977).

He spent a year of "self-funded" study (1977-1978) at Rome's Pontifical North America College and returned in 1978 to become an associate at St. Polycarp Parish in Somerville (1978-1985). During this assignment he was also episcopal vicar in the Central Region's Somerville Vicariate (1981-1985) as well as a member of the Priests' Senate (predecessor to the current Presbyteral Council).

In early 1985, Humberto Cardinal Medeiros named him pastor of St. Matthias Parish in Marlborough, where he would serve his longest single assignment, 17 years, as leader of the small but active parish. At the time of his retirement in 2002, he cited the wonderful spirit and cooperation of parishioners and staff of the parish.

Following his retirement, he served in several parishes on weekends and during the week. He initially retired to Carmel Terrace, Framingham, and then to Regina Cleri, Boston. Just last June he moved to Sancta Maria in Cambridge since age had taken a toll and he required the care that Sancta Maria could provide.

From the time of his ordination, Father Lizio was especially close to the Carmelite Nuns at St. Theresa Monastery, Danvers. His funeral Mass will be celebrated at the Monastery Chapel on Oct. 25 with North Regional Bishop Mark O'Connell as the principal celebrant of the Mass and Father James H. Riley, senior priest of the archdiocese, as the homilist.

Following the funeral Mass, Father Lizio will be buried in his family lot at St. Mary Cemetery, Beverly.