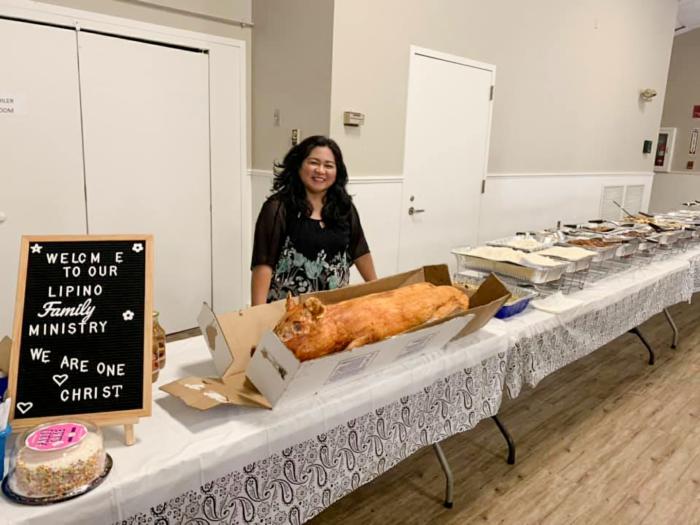 FRAMINGHAM -- In 2014, Joseph Kutzko filled out a survey from his parish, St. Anne in Southborough, part of the Diocese of Worcester. In "a silly mood," he crossed off the usual options for ways to serve, and half-jokingly wrote in, "Filipino apostolate."

The idea had come from his wife, Arlene Molina Kutzko, who was born in the Philippines. The Archdiocese of Boston already had a Filipino apostolate, which held Masses and social gatherings at Holy Name Parish in West Roxbury on the first Sunday of the month and at St. Joseph Parish in Malden on the second Sunday of the month. But there were no similar events in the Worcester Diocese. Filipinos from that area had to drive long distances to attend Mass and have a time of fellowship with people from their culture. Arlene Kutzko wanted to make it possible for Filipinos to have Mass together, even if they did not want to travel so far.

Joseph Kutzko, who was born in the United States, understood his wife's need to stay in touch with her culture and its people. His father was a Polish immigrant who experienced homesickness throughout his life.

"First generation migrants to this country really need to be connected to their homeland," Joseph Kutzko said in an Oct. 15 interview with the Pilot.

A few weeks after he filled out that parish survey, Father Conrad Pecevich, at that time the pastor of St. Anne Parish, called to say he had found a priest for his ministry. That, the Kutzkos said, was how their Filipino Family Ministry began.

The ministry began with about 10 to 20 people but over the last five years has grown to between 200 and 300. At their last gathering before the summer break, the St. Anne Parish Hall, which could accommodate 200, was so crowded that people left because there was no room to sit.

To accommodate the growing numbers, the Kutzkos scouted for a new location for community to gather, and were welcomed to St. Tarcisius Parish in Framingham by Father Volmar Scaravelli. After meeting them, he shuffled the schedule to give them the use of the parish hall, which accommodates 600, on the third Sunday of each month.

"I feel very touched by that," Arlene Kutzko said.

Glaucia De Souza, the parish secretary, said the parishioners of St. Tarcisius are "very excited" to have the Filipino community with them.

"I think it was a wonderful thing that they brought to our community," she said.

The Filipino Family Ministry has a Mass followed by a potluck at 1 p.m. on the third Sunday of each month. Attendees come from as far as Western Massachusetts, Connecticut, Southern New Hampshire, and Vermont. Since it does not conflict with the other Filipino Masses held in the Archdiocese of Boston, some Filipino Catholics attend all three.

Father Chrysostom Exaltacion is the celebrant for the Filipino Mass, which is is partly in Tagalog and partly in English. A Filipino choir from Worcester provides music.

The potluck is an opportunity for fellowship, food, and karaoke, which is popular in the Philippines.

Arlene Kutzko devotes the two days before the gathering to preparing food.

"Arlene puts her whole heart into it," Joseph Kutzko said.

The Filipino Family Ministry held its first Mass and potluck at St. Tarcisius on Sept. 15. About 100 people attended, but the Kutzkos expect more to come as people adjust to the new location.

Arlene Kutzko emphasized that non-Filipinos are also welcome to come and learn about Filipino culture.

"We welcome everybody," she said.

Arlene Kutzko also explained that, in the Philippines, people treat each other as family, whereas in the United States, neighbors may not know each other's names.

"If people are trying to understand why is there a need for these apostolates," Joseph Kutzko said, it is because Catholics from different countries are "feeling out of place in a foreign land."

Sometimes, he said, immigrants will stop going to Mass because they feel homesick and "out of touch" with the local church. The opportunity to see their countrymen and practice their faith the way they did in their homeland is a great gift.

Joseph Kutzko said he thinks that "in a very, very small way, we are helping people come back to the Church."