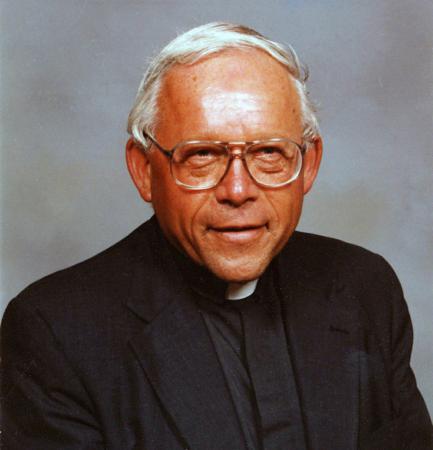 A priest of the archdiocese who served in parishes across the archdiocese and was noted for his building, both literally of parish plants and figuratively of the parish communities died in Lowell on Aug. 25.

Born in Salem on Sept. 22, 1934, he was one of the three children of the late Rene and Cecile (Levesque) Berube. He attended local schools before heading to Joliet College in Quebec for high school. He returned to Salem and from his home parish, St. Anne (French) Parish in south Salem he entered St. John Seminary.

Richard Cardinal Cushing ordained him to the priesthood at Holy Cross Cathedral on Feb. 2, 1960; four of his classmates survive him: Bishops John McCormack and Francis Irwin; and Fathers James Broderick and William English.

His first assignment was as an assistant at St. Thomas of Villanova Parish in Wilmington; followed by a short yearlong assignment at St. Matthew, Dorchester. He then served for one year (1968-1969) as an assistant director in the then Archdiocesan Confraternity of Christian Doctrine Office; the late Msgr. Russell R, Novello was the director at the time.

He returned to parish ministry in 1969 serving as associate at St. Mary, Chelmsford until 1975. He returned to Boston and the familiar neighborhood of West Roxbury, he had lived in residence at Holy Name while Assistant CCD director, but now to St. John Chrysostom.

Between February 1975 and October 1979 he was either an associate or member and moderator of a team ministry. During his tenure at St. John he saw the building of much needed parish center completed in 1978. He went back to St. Matthew as an associate for several months in late 1979 and early 1980 and was also temporary chaplain at Mattapan State Hospital.

Humberto Cardinal Medeiros named him pastor of Sacred Heart (French) Parish in Amesbury; once again he set to building this time a parish center in the shuttered school building of the parish. The cardinal granted him a sabbatical and he went to the program at Louvain, Belgium

Renewed by the sabbatical experience, he returned to the archdiocese and was named pastor at St. Zepherin Parish, Wayland, where he oversaw the renovations of the church and the building of a parish center. His Wayland assignment, the longest of all his priestly assignments ended in 1999 when he returned to an earlier assignment this time as parochial vicar at St. Mary Chelmsford.

Archbishop Seán P. O'Malley granted him senior priest/retirement status on Oct. 7, 2003. From then until 2016 he lived in residence as senior priest at Immaculate Conception, Newburyport. He moved to assisted living in Lowell where he died on Aug. 25.