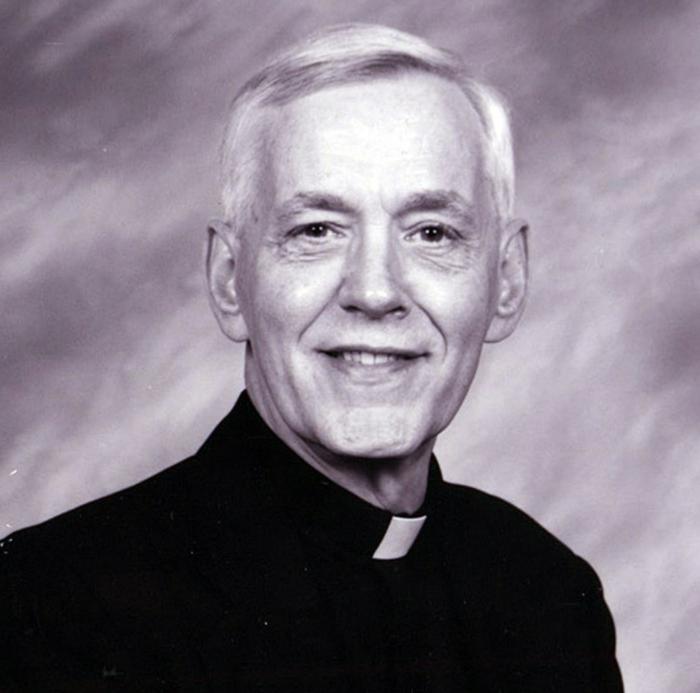 A native of Waltham, the Watch City, Father Harold E. Leblanc died in Barnstable on July 24 at Harbor Point in Centerville. He had been a resident there for a few years following his retirement in 2011.

Raised in Waltham and a son of St. Charles Borromeo Parish there, he was one of the three sons of the late Edward and Irene (Demers) LeBlanc. His brother, Daniel, died on 2017 and his surviving brother James lives in Barnstable's Osterville section.

He attended the parish's elementary and high schools and, following his high school graduation in 1953, he entered the archdiocesan seminaries, first at Cardinal O'Connell in Jamaica Plain and then at St. John, Brighton.

Richard Cardinal Cushing ordained him to the priesthood at Holy Cross Cathedral on Feb. 2, 1961; he returned to Waltham to celebrate a Mass of Thanksgiving at St. Charles Church.

The cardinal appointed him as an assistant at St. Ambrose in Dorchester, one of the three assistants in the parish ruled by Msgr. Henry O'Connell. In 1962, the cardinal named him an assistant at St. Theresa of Lisieux in Revere. He served there until 1968, when he was appointed as an associate at St. Clement Parish, Somerville, one of the five associates of the legendary and much loved Msgr. Peter F. Hart. He was there for 13 years serving a large urban parish with elementary and secondary schools and a convent of Sisters of St. Joseph, a slightly larger version of his home parish in Waltham.

Between 1981 and 1985, he was an associate (one of three) at Immaculate Conception in Weymouth. His pastor was the legendary Msgr. Edmund Hackett who had recently completed the construction of the new and modern church for the parish. Father James E. O'Leary, himself a senior priest living on Cape Cod, recalls "'Skip' was especially attentive to his Army National Guard assignments." A reference to Father LeBlanc's 30-year tenure as a chaplain of the Army National Guard.

In 1985, he was assigned as an associate at St. Columbkille in Brighton, another larger version of his home parish, with elementary and secondary schools and with another associate and several priests in residence.

Bernard Cardinal Law named him pastor of St. Joseph Parish, Woburn, in 1990. He remained there for the next two decades until 2011, when the parish was closed. Father LeBlanc then retired to Cape Cod, living first in his private residence before health needs required him to be moved to a long-term care facility.