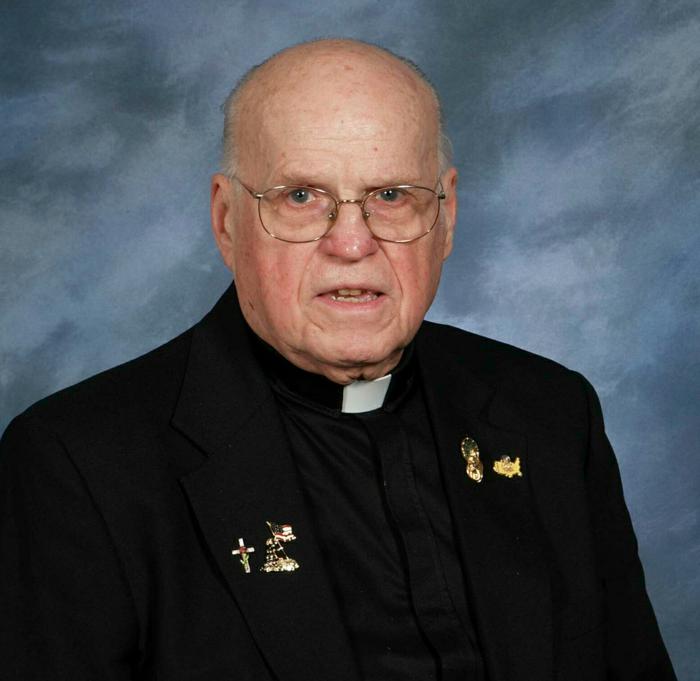 Born in Salem on New Year's Eve, 1922, Father Louis Bilicky was a son of the late Vincent and Frances (Lipinski) Bilicky. He was a proud son of St. John the Baptist [Polish] Parish in the Witch City.

His seminary studies were at St. John, Brighton, and following them Archbishop Richard Cushing ordained him at Holy Cross Cathedral on May 4, 1949; he died at St. Patrick Manor, Framingham, May 2, 2019; just two days prior to what would have been the 70th anniversary of his priestly ordination.

During his 50 years of active priestly ministry, he served in parishes as an assistant or pastor. His assignments were, not surprisingly, to Polish Personal parishes, but not exclusively.

In February 1970, Richard Cardinal Cushing named him pastor of St. Casimir [Polish] in Maynard, where he would remain until his retirement in 1999. Not only loved by parishioners but he was greatly respected by the civic community of Maynard. He was chaplain of the Maynard Fire Department as well the State Fire Academy in Stow. An avid supporter of the Knights of Columbus, he was also chaplain of the Maynard Council and the McSweeney Fourth Degree Assembly of the K of C.

In his later years, Father Bilicky has lived at Carmel Terrace and St. Patrick Manor, Framingham, where he died on May 2, 2019.

His funeral Mass will be celebrated at St. John Paul II Shrine of Divine Mercy, Salem, on May 8, 2019. Father Peter P. Gojuk, OMV was to be the homilist. Following the funeral Mass, Father Bilicky was buried in St. Mary Cemetery, Salem.