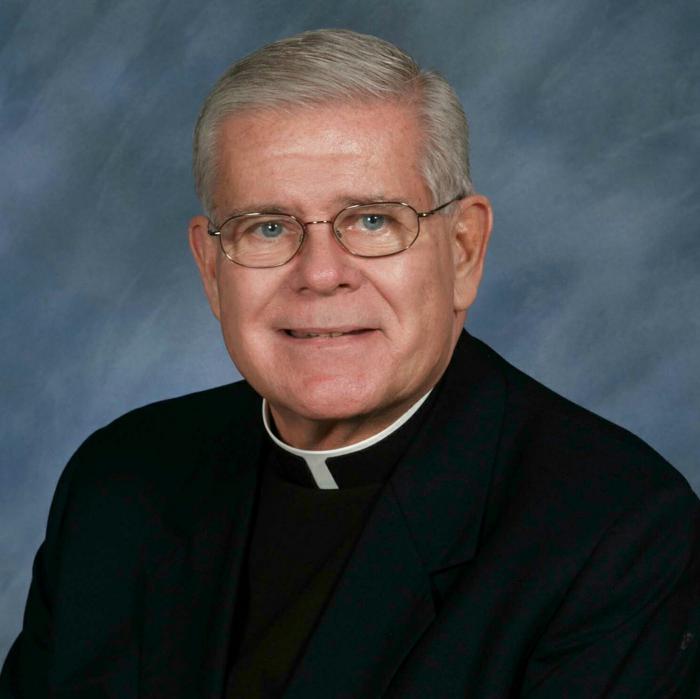 He was born in Brockton on Oct. 13, 1937, a son of the late Lewis and Barbara (King) Sheehan. He had a brother, Michael, now deceased and two sisters who survive him, Mary Barrett of North Easton; and Martha Magnoli, Sunrise, Fla.

Before entering the archdiocesan seminaries, he was graduated from Archbishop Williams High School in Braintree. He attended both Cardinal O'Connell seminary in Jamaica Plain and St. John Seminary, Brighton.

He was a member of that ordination class from St. John, which required five ordination Masses in February 1963. Richard Cardinal Cushing ordained two at St. Ann, Gloucester, on Feb. 1, 1963; the next day there were four additional ordination Masses: Cardinal Cushing at the Cathedral; Bishop Thomas Riley at St. Agnes, Arlington; Bishop Eric MacKenzie at Holy Name, West Roxbury (the five ordained were sons of Holy Name parish), and Bishop Jeremiah Minihan at St. Colman, Brockton, where Father Sheehan was ordained.

Bernard Cardinal Law named him pastor at St. Michael, Bedford, on Aug. 26, 1986. He would remain at the Bedford parish until he was granted senior priest/retirement status on April 7, 2014.

One of his priest friends described him as a "renaissance man" who was "shaped and formed by the Second Vatican Council." His pastoral care of the Bedford family parish certainly demonstrated that. In addition to building a community of faith and service at Bedford, he also saw the completion of a new parish center, which the parish named in his honor.

Father Sheehan had a wonderful singing voice and had studied at the New England Conservatory of Music.

Father Joseph. P. Robinson, senior priest at Regina Cleri Residence, Boston, was the principal celebrant and homilist of Father Sheehan's funeral Mass at Our Lady of Lourdes, Brockton, on April 23, 2019. The two had become friends and valued collaborators while Father Robinson lived in residence at St. Michael Rectory, Bedford, while he was serving as a VA chaplain in Bedford.