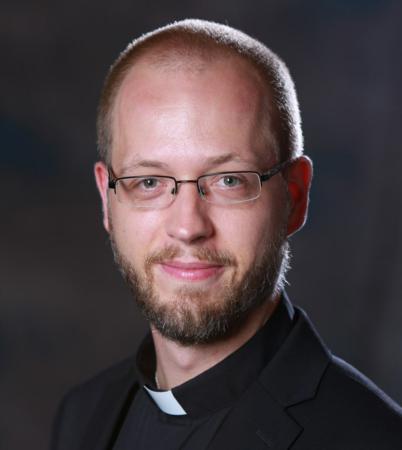 [This is the tenth in a series of articles profiling each of the 13 men who will be ordained to the priesthood on May 18.]

CHESTNUT HILL -- Deacon Przemyslaw Kasprzak's decision to discern a vocation to the priesthood came as a surprise to his family in Poland who, though Catholic, were not practicing.

He was doing well in his career and relationships. He had attended a technical university and earned a master's degree in production, engineering, and managing. After graduating, he worked at a printing house.

"I was going through a difficult time, after you finish studies and you have to enter the adult life," he said in a March 8 interview with the Pilot.

Deacon Kasprzak prayed for help with "adjusting to the new reality" and started going to daily Mass early each morning.

"Somehow I was very, very struck because there was always one priest that was doing the Mass and the second priest was in the confessional at 6:30 a.m. and there were maybe five or six people there. And I remember he would give a short homily that was from his heart, and help us to enter the day," Deacon Kasprzak said.

In his third year of university studies, he had entered the Neocatechumenal Way, which, he said, helped him in the process of discerning his vocation. That same year, he met a woman who became his fiancee. She had not been confirmed but, while they were dating, she returned to the Church. Deacon Kasprzak said that she recognized his vocation before he did, and that she believed he would be "the happiest man" if he became a priest.

"At the moment when God called me, I understood, like God told me, 'It's not going to be you who go to work, but I'm going to work through you,'" Deacon Kasprzak said.

He went to Italy for the Neocatechumenal Way retreat, where candidates for the priesthood were assigned to Redemptoris Mater seminaries around the world. Deacon Kasprzak was sent to Boston, which would be his first time visiting the United States.

He said he had studied English for many years, but he has difficulty with memorization, which makes learning languages challenging for him, so his family doubted he would stick with his decision.

"Lots of members of my family thought that I would come back after two months, when they sent me to the U.S., because they knew my difficulties. And somehow God helped me," Deacon Kasprzak said.

When he arrived in January 2010, he studied English at Boston University. By September, he was studying Latin and Spanish at St. John's Seminary. He said he spent the year studying flash cards, with Spanish in his left pocket and Latin in his right pocket.

Deacon Kasprzak said he looks forward to being with the people, and that he has received a "foretaste" of that while serving as a deacon in Brockton.

"I think the priesthood really is a gift that I didn't plan but I see this is extremely beautiful. I am really happy to go towards this, to be with the people, to give them the Good News," Deacon Kasprzak said.

One Bible verse that struck him during his time of mission work was Jesus' words in Luke 23:46, "Father, into your hands I commend my spirit."

"This accompanies me very much every morning -- that I want, whatever comes in my day, to see that he is the one who is really in charge of the events, really of everything. When I am able to do this, then he is doing everything in a beautiful manner," Deacon Kasprzak said.