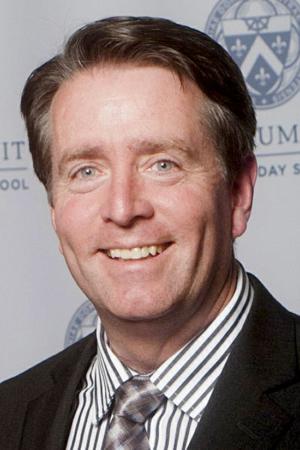 MALDEN -- After an extensive nationwide search, Malden Catholic High School's Board of Trustees has announced that John K. Thornburg, upper school director of The Summit Country Day School in Cincinnati, has been named the school's 19th headmaster.

Thornburg will assume the role on July 1, and will be working closely with acting headmaster Brother Thomas J. Puccio, CFX, trustees, and the other leaders in the school administration to ensure an efficient transition.

During his tenure at The Summit, an independent, Catholic school serving Montessori preschool through grade 12, Thornburg oversaw an experienced faculty and directed a rigorous, college-preparatory curriculum that featured a cutting-edge science research institute and a signature character education program. Prior to his time at The Summit, Thornburg was associate head of school at St. John's Northwestern Military Academy in Delafield, Wisconsin. He previously served as a biology teacher, science department chairperson, and academic dean at St. John's Northwestern.

A strong proponent of Catholic, single-gender education, Thornburg has conducted extensive academic research on a wide range of educational topics, including critical thinking in science, pedagogy, positive learning relationships, and relational teaching. Thornburg's research has been presented internationally and published under the auspices of the International Boys' School Coalition (IBSC).

"I could not be more thrilled that a seasoned, respected educator with John's vision, passion, and leadership qualities will serve as our next headmaster," said Jim Donovan, chairman of the Malden Catholic board of trustees. "We are confident that John will lead our students, faculty, and school community in becoming a model for co-divisional education."

"I feel honored to serve as the next headmaster at Malden Catholic High School," said Thornburg. "I am excited to be joining a community with such a strong dedication to providing the best educational environment to young people. One can easily sense the tradition and pride in the school, along with a commitment to delivering a transformational Catholic education in the Xaverian Brothers tradition. My wife, Kimberly, and I are both looking forward to being part of the school and wider community."

Thornburg holds a B.S. in biology from the University of Wisconsin-La Crosse, an M.S. in teaching from the University of Wisconsin-Whitewater, and an M.A. in educational leadership from Marian University. He will soon complete a Leadership Studies Doctoral Program from Xavier University in Cincinnati. He is professionally affiliated with the National Association of Independent Schools (NAIS) and the Independent Schools Association of the Central States (ISACS).