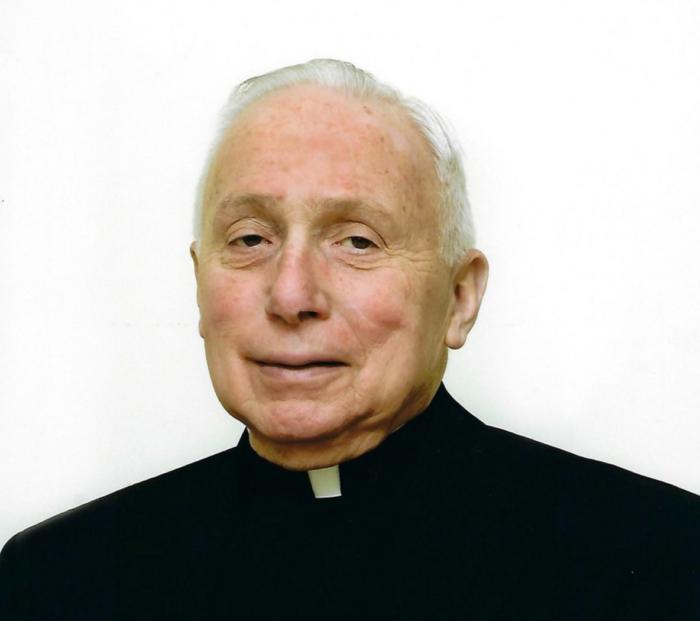 Father Eugene L. Alves who was administrator and then pastor for a total of 40 years at Our Lady of Good Voyage Parish in Gloucester died on Feb. 8, 2019, at Kaplan Hospice in Danvers. He was 87 years old.

He was born in Gloucester on July 30, 1931, a son of the late Eugene and Blanche (Matos) Alves. Rasied in the Portuguese Personal parish, Our Lady of Good Voyage, where he would subsequently serve as pastor, he attended local schools and was an outstanding student, graduating with honors in 1949 from Gloucester High School.

He was an alumnus of the College of the Holy Cross, class of 1953, and of the Graduate School of Arts and Sciences at Boston College in 1954. He entered the United States Army and served for two years, and in 1956, entered St. John Seminary as a member of the class of 1961. He would have been a "delayed vocation" five years older than most of his classmates.

Following his ordination by Auxiliary Bishop Thomas J. Riley on Feb. 2, 1961, at St. James Church in Salem, he was appointed assistant at St. Anthony of Padua in Woburn, and in 1963, as assistant at St. Francis of Assisi, Medford.

In 1965, he was appointed to Campus Ministry (then called the Newman Apostolate) with residence at St. Paul Parish in Cambridge.

When at the age of 42 he was asked to return to his home parish, he was tentative recalling the scriptural advice "no one is without honor except in his own native place." Nevertheless, he went and it was a perfect fit for him and the parish.

During his tenure as pastor, he took care to promote the noble celebration of the sacraments, especially of the Mass. He was especially attentive to the musical program of the liturgy and provided a beautiful environment by careful management of the parish church.

He remained as pastor well past the usually age for retirement, leaving the helm of the parish on June 3, 2014, just shy of his 83rd birthday. Even following being named senior priest, he remained available to assist at parish liturgies.

Father Alves's Funeral Mass was celebrated at Our Lady of Good Voyage Church on Feb. 16, 2019. The celebrant and homilist was Msgr. Anthony Frontiero, of the faculty of Mount St. Mary Seminary, Emmitsburg, Md. The young priest of the diocese of Manchester had spent early years in the Gloucester parish prior to his family's move to New Hampshire. He remained in constant contact with Father Alves who had been a mentor and friend for those many years.

In addition to many nieces and nephews, Father Alves is survived by his sister, Blanche of Gloucester.