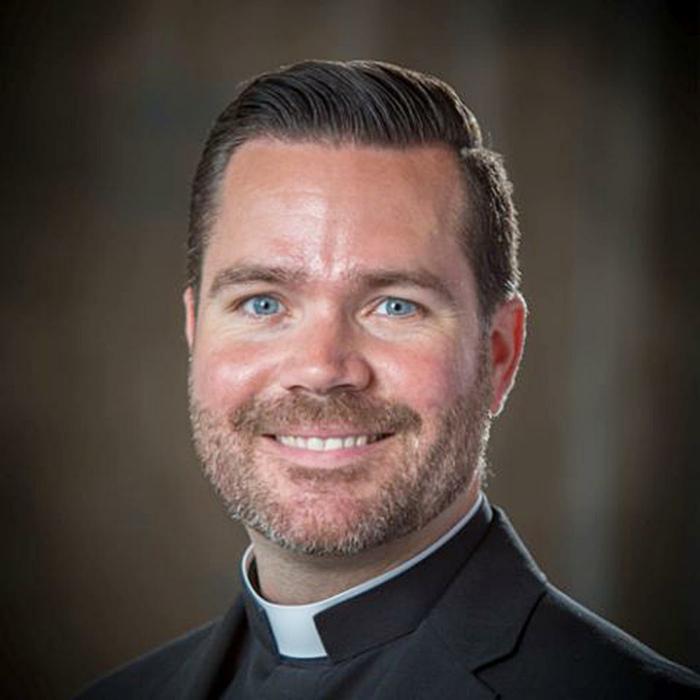 [This is the first in a series of articles profiling each of the 13 men who will be ordained to the priesthood on May 18.]

BRIGHTON -- Deacon Timothy Hynes grew up in a large Catholic household, where his faith was nurtured and would ultimately mature into a vocation to the priesthood.

"As my parents grew in their faith, so did the devotional practices in our house," Deacon Hynes told the Pilot Feb. 7.

Deacon Hynes is the fifth of eight children, raised in Windham, New Hampshire, and most of his siblings still live in the area.

He recalled how his family prayed the rosary together each day and how his mother went to Mass during the week and encouraged the family to do the same.

Probably the most impactful devotion, he said, was eucharistic adoration. When a priest came to his town offering 24-hour adoration once a month, his mother signed up for the early morning hours, which were the most difficult to fill. Sometimes, if she was sick and could not go, Deacon Hynes or one of his siblings would fill in for her. That, he said, was the first time he really experienced adoration.

"I was really impacted by the silence and the encounter of it," he said.

Deacon Hynes attended Assumption College, where he earned a dual degree in computer science and philosophy with a minor in theology. He spent three years working for a software company in Portsmouth, New Hampshire, but then decided to take a break from his career and think about what he wanted to do with the rest of his life.

From 2008 to 2010, he served as a missionary in an impoverished neighborhood of Lima, Peru.

Deacon Hynes described this period as an "evangelical, hands-on" experience. Every day the missionaries had morning, evening, and night prayer, an hour of adoration and Mass. They also tried to involve the local community in these devotions. For example, he said, they would invite children to pray the rosary with them and then play games afterward, while other missionaries visited members of the community in their homes.

"It was really, for me, a way of feeling like a part of (the) Church in a very material, concrete way," Deacon Hynes said.

During this period, he started to consider the priesthood, becoming more comfortable with the idea than he had been before.

"I could see my life not changing all that much from what it was while I was a missionary. Prior to that, to me it seemed like such a seismic change to move from being a software engineer to becoming a priest. So, this was a good transition for me to enter into the life of the Church in a way that made the priesthood both accessible and real. Before that, it had been largely abstract," Deacon Hynes said.

When he returned from Peru in 2010, he returned to his work as a software engineer but continued to deepen his relationship with God. While working for a government contractor in Cambridge, he attended St. Paul Church and became involved in various archdiocesan ministries. When he decided to apply to seminary, he thought it made sense to do so in the Archdiocese of Boston.

"My spiritual roots are here in the archdiocese," he said.

Deacon Hynes sees St. Paul as a role model for the diocesan priest because, in contrast to members of religious orders with particular charisms, a diocesan priest must be a "general practitioner," able to minister to different people. St. Paul demonstrated how to "become all things to all people" (1 Corinthians 9:22) and said to "Rejoice with those who rejoice; mourn with those who mourn" (Romans 12:15).

"The idea is to encounter those to whom Christ has asked you to minister, in the way that they can receive Christ. That requires the priest to have a great diversity and capacity to adapt to the circumstances and persons to whom he's ministering in those particular moments," Deacon Hynes said.

After his ordination to the priesthood this May, Deacon Hynes will celebrate his first Mass at St. Patrick Church in Lawrence, where his baptism and many events in his family's sacramental life took place.