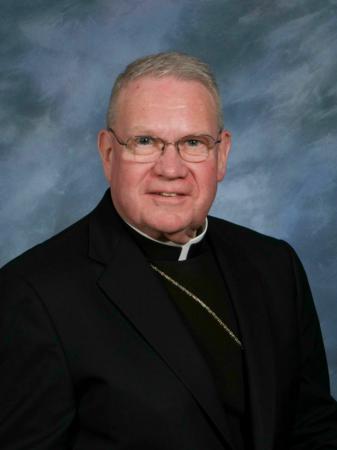 Bishop Peter Uglietto, Vicar General of the Archdiocese of Boston, announced Feb. 3 that Most Reverend Walter J. Edyvean, retired auxiliary bishop of Boston, passed to the Lord in the evening of Feb. 2. In a statement he says that Cardinal Seán P. O'Malley was with Bishop Edyvean at the time of his death.

Funeral arrangements will be released when completed.

A Medford native where he was born on Oct. 18, 1939 -- the only child of the late Walter and Frances (Marion) Edyvean. He is a son of St. Joseph Parish, he attended local public schools and was graduated from the city's high school in 1956. He was granted an A.B. degree in English from Boston College in 1960 and the following fall was enrolled at St. John Seminary in Brighton.

In the fall of 1961 he was continuing his studies at Rome's Pontifical Gregorian University while residing at the Pontifical North American College on the Eternal City's Janiculum Hill. Ordained in the Eternal City on Dec. 16, 1964, he returned to the archdiocese as an assistant at St. Joseph Parish in Ipswich. While at Ipswich from 1965 to 1968, he also lectured in Church History at Emmanuel College, Boston.

He returned to Rome and the Gregorian in the fall of 1968, now living at Casa Santa Maria, the house for American priests who were graduate students at Roman universities. In 1972 he received his S.T.D. -- doctorate in sacred theology -- and returned to the archdiocese now as a member of the faculty of the major seminary. Initially assigned to teach dogmatic theology, he later was the ordinary professor of sacramental theology.

In 1990, he found himself returning, again to Rome this time to the staff of the Congregation of Catholic Education in the section dealing with Catholic Colleges and Universities.

Pope St. John Paul II named him and his one time student, Msgr. Richard G. Lennon as auxiliary bishops of the archdiocese on June 29, 2001. The former "teacher-student episcopal twins" were ordained bishops at Holy Cross Cathedral on Sept. 14, 2001.

In the statement, Bishop Uglietto requests prayers for Bishop Edyvean.

"We welcome and encourage your prayers for Bishop Edyvean today and for the Catholic community which mourns his passing."