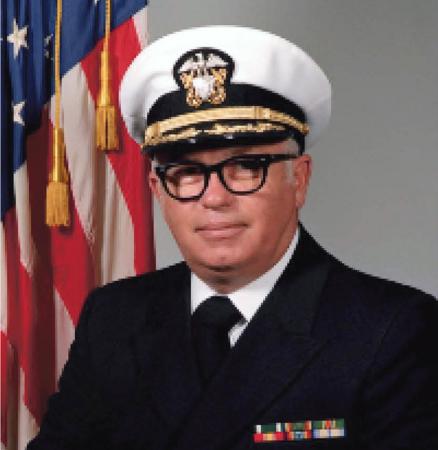 Father John R. McNeil, a Hub native who was raised in St. Mary of the Assumption Parish, Brookline, and attended its parish high school, died in Easton on Dec. 31, 2018.

Born on Aug. 27, 1935, he was the son of the late John and Mary (McArthur) O'Neil. Following high school graduation, he entered St. John Seminary in 1953. Auxiliary Bishop Jeremiah Minihan ordained him to the priesthood at Holy Name Church in West Roxbury on Feb. 2, 1961. His was another class that because of the number of those to be ordained, were ordained in several ordination Masses.

In June 1970, Richard Cardinal Cushing granted him lendlease status, permitting him to serve in Chaplain Corps of the United States Navy. For the next two and a half decades he served on land and sea, he served at installation in Japan, New Orleans, Washington, D.C.; Norfolk, Va.; and aboard the USS John F. Kennedy, among other postings.

Following his distinguished Navy chaplain career he was given permission beginning in 1996 to serve in the Diocese of Orlando. Until a few years ago, he was assisting at parishes in the central Florida diocese.

In his final years, he had a series of health issues, including Alzheimer's disease. He returned to the Bay State and was cared for by family and friends before entering skilled nursing care in Easton.

His Funeral Mass was celebrated at Holy Name Church, West Roxbury, on Jan. 5, 2019. Longtime friend, Father Richard "Doc" Conway was the principal celebrant and homilist of the Funeral Mass.

Following the Funeral Mass, Father McNeil was buried in Mount Benedict Cemetery, West Roxbury. He had no immediate survivors.