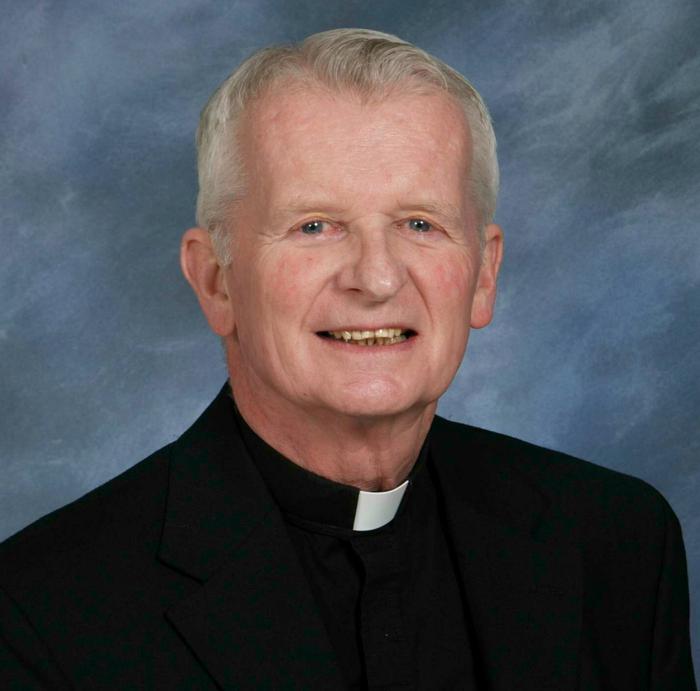 Father Paul T. Keyes, a much beloved pastor and equally admired and esteemed one-time spiritual director at St. John Seminary died on Jan. 1, 2019, at Edgewood Life Care, North Andover. He had lived in the North Andover Center first in his own apartment and then in its nursing facility since his retirement in 2012.

A Newton native and a son of Corpus Christi Parish in its Auburndale section, he attended Newton Public Schools and on graduation from Newton High School went to the College of the Holy Cross in Worcester. He was the sole surviving of the five sons of the late Richard and Margaret (White) Keyes.

Richard Cardinal Cushing ordained him to the priesthood at Holy Cross Cathedral on Feb. 2, 1963. His first assignment was to the Merrimack Valley as an assistant at St. Robert Bellarmine Parish, Andover. Seven years later, he moved to St. Monica, Methuen, as associate pastor.

In 1972, he was assigned to graduate studies at Duquesne University, and received a master's degree in formative spirituality in 1975. When he returned to the archdiocese he was appointed a spiritual director at St. John Seminary, where he would serve for the next ten years.

In his decade-long tenure, he was a favorite among seminarians as a spiritual director; sought after for his sound advice and mild manner he guided the sometimes shaky and tenuous steps of seminarians. Those who subsequently joined him as fellow priest or those who had other vocations equally spoke of his outstanding guidance and direction in their lives.

He was the author of a well-regarded book "Pastoral Presence and the Diocesan Priest" published by Affirmation Press in 1978. He was a staff member of the Archdiocesan Office for Spiritual Development (1985-1986) and lived in residence at St. John the Evangelist, Wellesley.

Bernard Cardinal Law named him pastor of St. Richard of Chichester Parish in Danvers in 1986 and as pastor of St. Michael Parish, North Andover, in 1993.

On his arrival in North Andover, he found a parish with low Mass attendance and low, many would say, very low, morale and a parish school with dwindling enrollment. Slowly and steadily, he built up the attendance and enrollment; parishioners remarked that it was done by simple presence; comprehensible and biblically based preaching; and his own personal style.

During his 18 years in North Andover, he would see the expansion of the church and the school, both had grown beyond their capacities and required the new and improved facilities.

He was an avid skier and golfer; those giving him both relaxation and exercise.

Perhaps nowhere was his effect on parishioners more obvious than when in his retirement and subsequent affliction with Parkinson's disease confined him more to long-term care facilities and the parishioners were integral members of his care team.

Merrimack Regional Bishop Robert Hennessey was the principal celebrant of Father Keyes's Funeral Mass at St. Michael Church in North Andover on Jan. 5, 2019; his long-time friend and frequent competitor on the slopes, Father John Mulloy was the homilist. Among the many concelebrants were the parish's present pastor, Father Kevin Deeley, both parochial vicars, Fathers David Brogan and Christopher Lowe; Augustinian Fathers William Donnelly and Raymond Dlugos; and Father John Delaney.

Not surprisingly, the church which he built was filled to overflowing with his people.

Following the Funeral Mass, Father Keyes was buried in Ridgewood Cemetery, North Andover. Even in death he remains a pastoral presence among his people.